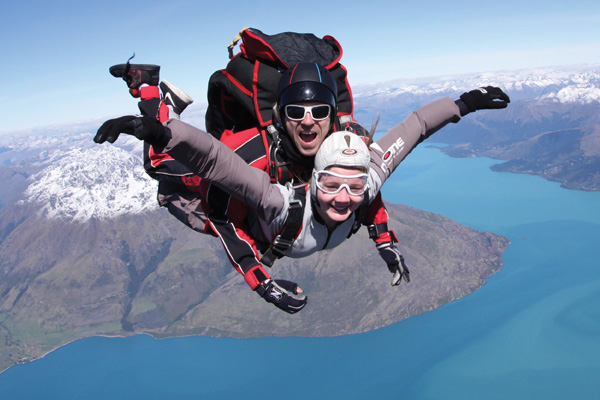 The land of the long white cloud is surprisingly diverse, finds Katie McGonagle.

I hadn’t felt the slightest flutter of nerves as we geared up on ground level, putting on a skydiving suit for the first time, buckling up to my uber-cool Brazilian instructor, and posing for photos with a big smile.

Yet as we gathered height – and it suddenly dawned on me that although I’d taken off in an aircraft, I wouldn’t be landing in one – that sense of unbridled excitement began to be tempered by a slight tinge of fear, making my heart race and my hands tremble.

“Don’t panic,” whispered my skydiving instructor, sensing my sudden tension. We were at the front and the first to jump; there was no time to be nervous.

Edging toward the open hatch, I paused only a moment, then let go, speeding downwards in a 45-second freefall as the glorious expanse of Lake Taupo unfolded underneath.

It’s been a while since my skydiving adventure, but I can still picture every moment in vivid detail: the thrill of flying headfirst through the air, the feeling of floating as the parachute unfurled, and the sight of tiny Lego-like trees dotting the landscape below.

Yet that’s not the only moment that sticks in the mind from these twin islands: there was the endlessly fascinating glimpse inside Wellington’s beehive-like parliament building on a free yet absolutely priceless tour; the evening of immersion in Maori culture, complete with traditional hangi meal; and the time spent at Hot Water Beach on the Coromandel Peninsula, where warm water springs out of the sand – though only if you manage to hit the right spot, as I found out to my cost when I ended up ankle-deep in water that wasn’t very warm at all.

New Zealand is that rare thing: a country as blessed with natural beauty as it is cultural heritage, and much more besides. It might have made its name through adventure – and as the birthplace of the bungee, justifiably so – but it’s as easy to tailor to culture-loving travellers, and those who want peace and quiet (albeit interrupted by the occasional seal colony) along its shores.

Best for adrenaline: There’s a reason gap-year students make a beeline for adventure capital Queenstown: from the world’s first commercial bungee jump on Kawarau Bridge to 360-degree jet-boat spins on the Shotover River, this is a hub for anything that gets the heart pounding, with canyon swings, caving and canyoning all adding to the mix.

There are numerous options on North Island too, whether zorbing in Waitomo, having a go at black-water rafting (like white-water, but in the pitch-darkness of a cave), or scaling dizzying heights on the Auckland Bridge Climb. 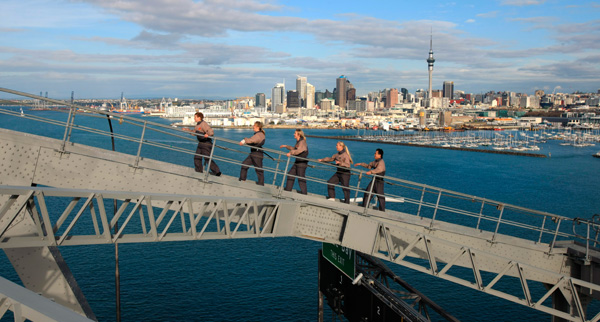 Contiki’s 19-day Big Tiki trip ticks off many of these, along with parasailing through the Bay of Islands, white-water rafting in Rotorua, and a quad-bike tour (from £1,835 land-only).

Best for nature: Standing atop the icy-blue expanse of the Fox or Franz Josef Glaciers, it’s hard to believe you’re still on Earth – there are no visible footsteps, no obvious flora or fauna, and no people save other intrepid explorers just as awestruck as you. It’s not as out-of-reach as it sounds, however: Do Something Different has a heli-hike on Fox Glacier priced from £220.

Yet New Zealand has natural beauty at every turn: its 14 national parks boast 11,500sq miles of jaw-dropping scenery; the volcanic landscapes around Rotorua house boiling mud pools and steaming geysers; and wildlife ranges from whales off the Kaikoura coast to yellow-eyed penguins in the Otago Peninsula.

Best for activity: Those natural landscapes lend themselves to activity too, inspiring even the laziest traveller to strap on hiking boots or a bike helmet. Day treks abound, but the Tongariro Alpine Crossing is one of the most mesmerising, bringing hikers face-to-face with the other-worldly scenery that earned New Zealand its starring role as the backdrop to The Lord of the Rings trilogy.

Alternatively, saddle up in a side-by-side tandem bike to follow ancient Maori pathways through the countryside. Local provider Forgotten World Adventures has put together routes along 19th-century bridle paths, through tunnels and over bridges to explore landscapes barely touched by tourists (from £68 for a day).

Best for surfing: Visitors don’t fly all the way to New Zealand to laze about on the beach, but that doesn’t mean they can’t spare some time for the islands’ rugged coastlines. Piha Beach is a stretch of black sand, 45 minutes west of Auckland, that is marked at either end by jagged cliffs. It offers some of the best surfing on the island, with schools catering to the most advanced as well as beginners.

Nearby Muriwai and Raglan are equally impressive, while Mount Maunganui in the Bay of Plenty boasts a laid-back surfer vibe. Down in the South Island, Dunedin has the most breaks within a small area, and the beaches just north of Christchurch feature surfing and water sports aplenty. 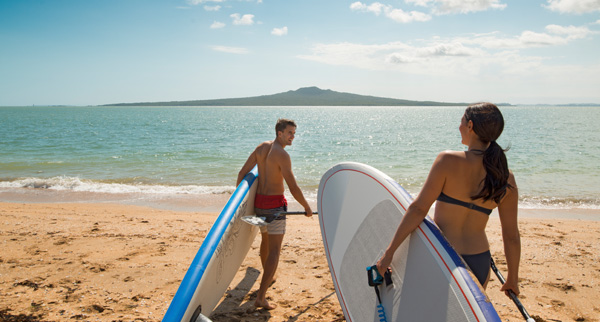 Best for scenery: As a relatively small pair of islands, New Zealand gets the best of both sunrise and sunset, with east coast Gisborne offering a good perspective at dawn, and any of Auckland’s west coast beaches providing a place to watch dusk fall. Yet it’s the unexpected beauty spots – hiking around a headland in Abel Tasman National Park to find a sweeping stretch of golden sand, or watching the tide roll in from your own natural Jacuzzi on Hot Water Beach – that really impress. The latter, on the Coromandel Peninsula, has hot springs bubbling just below the sand, so visitors can dig out a little pool and bathe in the warm waters, until the tide sweeps chilly seawater in.

Best for wildlife: Kaikoura is world-famous for its whale-watching, but this quaint little town has pretty coastal paths where visitors can spot dolphins frolicking in the surf, or sniff out seals languishing on the sand. Up on the North Island, there’s Muriwai Beach on the west coast, home to a huge gannet colony, in residence from August to March, with viewing platforms so keen bird-spotters can get up-close; and Poor Knights Islands, which boast top-notch diving.

Best for history: New Zealand might be young by European standards, but its heritage is no less fascinating for it – from the art deco architecture of Napier, rebuilt after the country’s deadliest earthquake in 1931, to the Waitangi Treaty Grounds in the Bay of Islands, there are plenty of spots that promise cultural discovery. Travel 2 includes a tour of the Waitangi Treaty House and Grounds in its three-day Essential Bay of Islands itinerary, from £389 and featuring visits to Cape Reinga and the Hole in the Rock.

Allow time to explore low-key capital Wellington too. Not only is it home to the parliament building and other architectural highlights, but it also boasts one of the most interactive museums in the world, Te Papa, which brings together art and artefacts from the islands’ indigenous and non-indigenous communities. 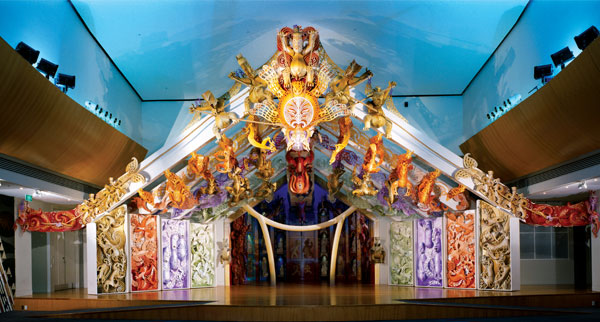 Best for Maori culture: New Zealand is incredibly proud of its Maori heritage, and it’s a key focal point for visitor activities. One of the easiest ways to learn about the lifestyle is with an evening of Maori culture and entertainment – it’s a bit on the touristy side, but fun nonetheless – where guests will be treated to tribal songs, dances and activities, followed by a hangi feast cooked in a traditional oven dug into the earth. Austravel can arrange a Tamaki Tours Hangi & Concert evening from £51.

Best for local life: Exploring New Zealand’s culture is as much about modern life as heritage, and locally produced food and drink is a core part of that. The vineyards are world-famous, and there are numerous wine tours. Anzcro offers self-guided cycling trips around Hawke’s Bay, for example, starting at £41, or a Martinborough Gourmet Wine Tour departing Wellington rail station, from £94.

Plus there’s now a New Zealand Cheese Trail, pairing the best grape-based tipples with the tastiest cheeses, from gouda and riesling at the award-winning Mahoe Cheese near Kerikeri in the north, to farmers’ market favourite Evansdale Cheese in Dunedin twinned with a Central Otago chardonnay.

Trafalgar has amped up the local dining on its Contrasts of New Zealand tour this year with an exclusive dinner at The Boatshed in Queenstown, a restaurant in a restored railway shipping office that offers great local food with a side of spectacular views across Lake Wakatipu and the Remarkables mountain range. The tour also features a Be My Guest lunch with a local couple on their 600-acre farm in Tekapo (from £1,825 for 10 days, land-only).