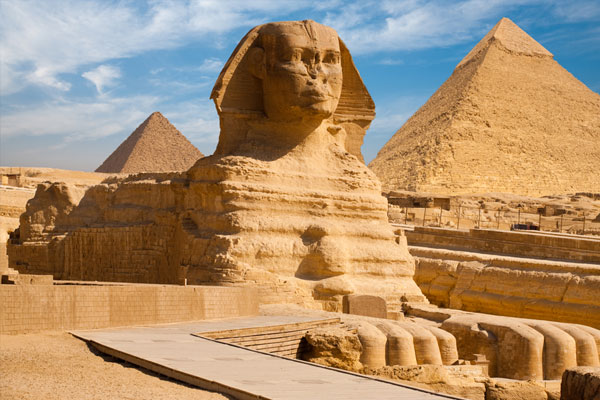 Egypt’s self-styled Indiana Jones plans a tour of the country with the widow of the late president Anwar Sadat in a bid to woo back foreigners.

Only three million tourists have visited the country since the start of 2016, down by half compared with the same period last year, according to the tourism authority.

As many as 14.7 million tourists visited Egypt in 2010, the year before the Arab Spring.

But millions have stayed away following aircraft crashes and terrorist attacks, prompting a warning on Sunday by president Sisi that Egyptians faced tough austerity measures, including cuts to food and energy subsidies.

Celebrity archaeologist, Dr Zahi Hawass, said he was making it his mission to turn the industry around.

Next month the Stetson-wearing former antiquities minister is starting a private tour of the country’s pharaonic sites with Jehan Sadat, the 82-year-old widow of president Sadat.

They hope that the two-week trip run by Polish company Archaeological Paths will be adopted by the tourism authorities, which Dr Hawass claims have not done enough to entice visitors back.

He described the celebrity pairing with “Egypt’s first lady” as the magic formula to save the country.

“I don’t think there is anyone else working as hard to get tourists back to Egypt,” he told The Times.

“Out of everyone from Egypt, people know me and Mrs Sadat. People can trust us. I’m known all over the world. Mrs Sadat is a respected person and loves Egypt. I think me and her can help save the country.”

The downing of a Russian passenger jet in Sinai in November, which killed all 224 people on board, hit tourist numbers. Islamic State claimed responsibility for the crash, prompting the UK, Russia and Germany to impose flight bans on the Red Sea resort town of Sharm el Sheikh. A third of all hotels in the area closed.

A second crash in May, when an EgyptAir aircraft plunged into the Mediterranean on its way from Paris to Cairo, exacerbated the problem.

Many tour operators have extended their holiday ban on Sharm el Sheikh until at least the autumn, with some extending this for a second winter.

Sisi blamed much of the economic sluggishness on flagging tourism. In his speech he prepared Egyptians for impending cuts.

“We need to co-operate together, as a nation, to face the current difficult economic conditions,” he said.