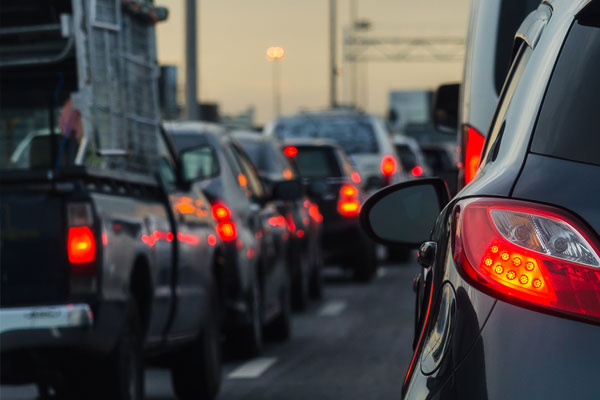 A warning of bank holiday “carmageddon” on British roads has been issued as families are face the worst congestion in a decade through a combination of warm weather, rail disruption and a spike in late holidays.

Traffic is expected to be particularly heavy around major airports, with large numbers of families preparing to take a late summer holiday before the new school year, which starts next week in some areas.

Heathrow expects almost 248,000 people would fly in or out of the airport on Friday, almost 25% up on the daily average.

Manchester airport is preparing for the busiest 24 hours of the year, with 103,000 people expected to pass through its terminals on the same day.

It is believed that congestion will be worsened by a partial shutdown of the railways, with 940 engineering projects being undertaken by Network Rail as part of a £30 million upgrade.

Great Western services around Bristol will be disrupted by the start of a six-week shutdown of the Severn Tunnel, which carries trains between south Wales and London Paddington. Other services affected include South West Trains, Greater Anglia, Virgin Trains west coast, London Midland, Southeastern and Great Northern.

“With some good weather forecast and potential rail disruption, holidaymakers could find roads gridlocked far more than usual. We could see delays of more than 120 minutes for some of the worst-affected roads this weekend.”

Tailbacks of up to 90 minutes are expected between junction 9 and 21 of the M25, west of London, affecting vehicles travelling to Heathrow, Gatwick and the West Country. The southbound M5 past Bristol is also likely to experience heavy traffic, affecting holidaymakers heading to Devon and Cornwall.

Analysts said twice as many vehicles could take to motorways between Friday and Monday compared with a normal weekend, creating tailbacks of up to two hours on the busiest routes such as the M25, M27, M5 and M6.

Forecasters say that the south-east will experience the highest temperatures in a heatwave expected to last through to the weekend.

Highways chiefs are preparing temporarily to lift or complete more than 370 miles of roadworks by the end of this week, but experts warned that the emergency measure would fail to prevent gridlock at the worst pinch points.