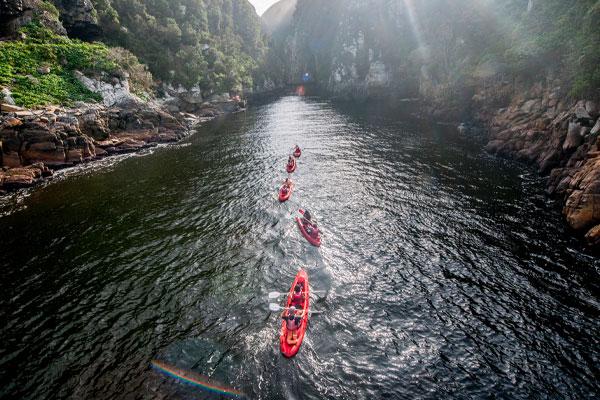 The Garden Route is an easy way into South Africa, finds David Whitley.

In terms of value for money, there are few better destinations in the world than South Africa right now. The struggling rand is worth half what it was five years ago, making the country incredibly affordable to the British visitor.

And unlike many other cheap destinations that don’t offer much beyond sun and beaches, South Africa entrances on many levels. The country is strong on history, present-day culture, nature and wildlife, while superb food and wine are complemented by generally excellent infrastructure and high-standard accommodation. And the Garden Route, when combined with Cape Town, is the perfect toe in the water. 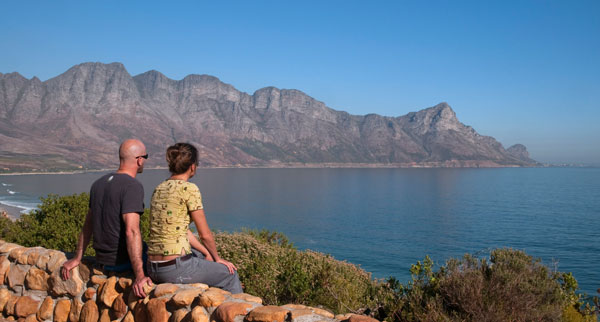 Cape Town is the undoubted gem among South Africa’s cities, and many would be happy spending a fortnight’s holiday there. But for some visitors, going all the way to South Africa just for an extended (if world-beating) city break would be a wasted opportunity.

This is where the Garden Route comes in: stretching across the bottom of the Western and Eastern Cape provinces, it’s an easy addition to Cape Town, offering entry-level adventure and nature, but nothing too outlandish or rough-and‑ready. It’s very much Africa for beginners, but combines staggering scenery – both inland and along the coast – with wine regions and wildlife.

One-way car hire is easy to organise, starting in Cape Town and finishing in George or Port Elizabeth (or vice versa). And good-value flights back to the UK via Johannesburg from either of the latter are easily tagged on.

The Garden Route is malaria-free, English is near universal, and several towns, each with different vibes, can be picked as overnight stops according to taste. Among these are Mossel Bay, where the Dias Museum pays tribute to the Portuguese explorer who became the first European to set foot on South African soil. There are also Point of Human Origins tours to the Pinnacle Point Caves, where the oldest archaeological records of modern human behaviour have been found. humanorigin.co.za

Farther west is Knysna, where boat trips pootle around the big lagoon, and the forest backdrops provide a series of excellent hiking trails along one of South Africa’s greenest stretches.

Arguably the loveliest of the coastal towns, though, is Plettenberg Bay, which has excellent beaches and a relaxed, friendly vibe. This is also where an enormous colony of Cape fur seals hangs out. Offshore Adventures runs boat trips out to see them and, if conditions are favourable, it’s possible to get in and swim with the seals. offshoreadventures.co.za 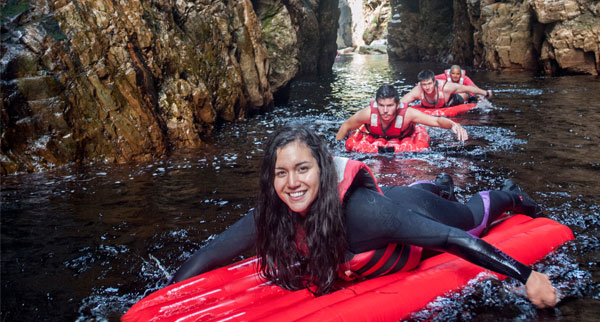 See: The wild side

There is an alternative to the coastal route. Going inland, largely along the spectacular Route 62, offers semi-desert scenery, eye-popping mountain passes and a fair few wineries. South Africa’s best-known wine regions – Stellenbosch, Paarl and Franschhoek – are just outside Cape Town, but Route 62 is effectively one long wine route with cellar doors open for tastings. Robertson and Calitzdorp are good bets for sampling and buying a few bottles.

Oudtshoorn is also the base for Meerkat Adventures, where animal-loving locals have spent the time and effort persuading meerkat colonies they’re not a threat. This means it’s possible to pull up camping chairs next to the meerkats’ burrow early in the morning and watch them go through their pre-breakfast routines before they run off for a day’s foraging. meerkatadventures.co.za

The most fun way to head back to the coast from there is along the Prince Alfred Pass, a 40‑mile titan best tackled in at least an SUV. The narrow, unpaved, winding track climbs up and snakes down mountains for seemingly hours, and it’s an utterly memorable drive.

Once over the border into the Eastern Cape, it’s adrenaline-rush territory. Tsitsikamma National Park is a prime spot for multi-day hikes, or travelling along the Storms River in a kayak or on a lilo with operators such as Untouched Adventures. untouchedadventures.com

Farther along, and technically beyond the official Garden Route, Jeffrey’s Bay is South Africa’s surfing capital, while logical end point Port Elizabeth is an affordable base for trips into nearby Addo Elephant National Park. Addo is well set up for self-drivers and, as the name suggests, a brilliant place to see herds of elephants. The rest of the big five are also present, while southern right whales and great white sharks can be spotted in the Algoa Bay area. 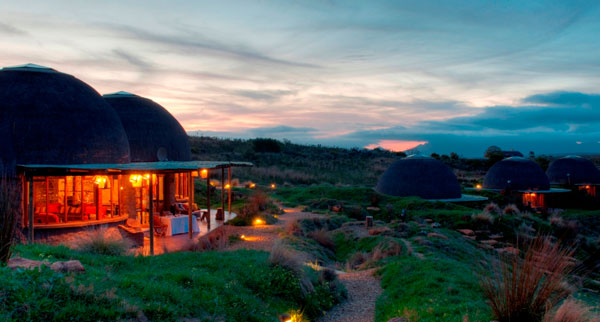 Accommodation options can easily be tailored to budget, ranging from functional motels to luxury lodges. Of the latter, some are on small game reserves, where guided wildlife-viewing drives are on offer.

The Gondwana Game Reserve near Mossel Bay is a good example. Free-roaming lions, hippos, springboks, cheetahs and zebras complement fab views of the Langeberg and Outeniqua Mountains, while the on-site Kwena Lodge offers open-plan suites with 180-degree views and deep-soaking baths. The buildings are neat twists on traditional huts, with verandas overlooking a waterhole. Prices start at around £265 a night. gondwanagr.co.za

In Oudtshoorn, the four-star Turnberry Boutique Hotel is well-placed for walking to the town’s restaurants. The rooms hit that line between modern and heritage – there’s a whiff of vintage about the place, but not enough to creep into fuddy‑duddy B&B territory. turnberryhotel.co.za

Robberg Beach Lodge, meanwhile, is five minutes’ drive from the centre of Plettenberg Bay. Bright rooms are spread across four villas, while sunbeds surround a small pool. The higher-level rooms and rooftop terrace have tremendous views over sprawling Robberg Beach, just a two-minute walk away. Rooms, including breakfast, start at £65. therobberg.co.za

While some customers may want a Garden Route trip tailor-made to their tastes, it’s such a popular route that several operators have off-the-shelf itineraries already. 2By2 Holidays has a good example, with a two-week trip starting in Cape Town and the Winelands, adding nights in Oudtshoorn, Knysna and a private game reserve just outside Addo Elephant National Park. Prices start at £794 including game drives, not including international flights and car hire.

And you don’t have to self-drive. Premier Holidays offers a three-night Garden Route Splendour escorted tour from Port Elizabeth to Cape Town, staying at three-star venues in Knysna and Oudtshoorn, from £495, excluding flights, and from July to November, adding a whale- watching stop in Hermanus.