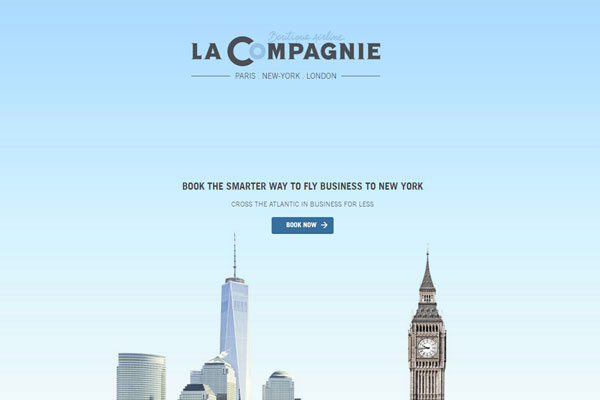 The final service will run on September 24. The airline entered the route in April 2015.

The airline blamed “the new economic climate in Europe, fuelled by Brexit, that has already affected various significant players within the airline industry.”

The airline said the decision had not been taken lightly and came despite positive feedback from passengers and average load factors of above 77% since June.

However, the carrier’s chief executive Frantz Yvelin took the decision to drop the service as the route economics “remained fragile”.

The airline will instead concentrate on its Paris-New York route with a second daily flight “for the forseeable future, with a view to reassessing the London landscape in the future”.

Full refunds have been promised to those with forward bookings on the Luton route or the option to use the flights from Paris.

Yvelin said: “We are the firmest believers of the UK’s unique market position, hence the decision to invest heavily in our London route for the past 16 months.

“Meanwhile, the result of the EU referendum has created an unprecedented level of legal and economic uncertainty for airlines that service Great Britain.

“Hence, our decision to accelerate development on our Paris–New York route where loads are already 80%-plus as we recognise the increasing market demand in both the corporate and leisure segment.”