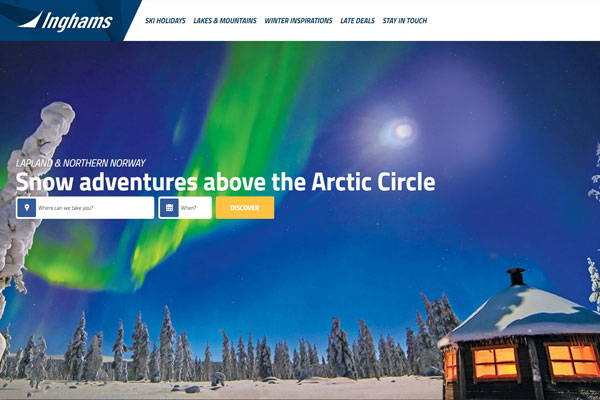 Inghams’s parent Hotelplan says the post-Brexit market is uncertain but is far from doom and gloom.

The parent company of brands such as Esprit, Ski Total and Explore, gave a trading update to the media yesterday at its annual ski launch review of the year.

Andy Perrin, chief executive of Hotelplan UK, said the drop in the value of the pound in the immediate aftermath of the referendum was posing challenges.

But he stressed that the current value of sterling against the euro was still around the same level as where it was two years ago and that did not prompt people to ditch their ski holidays.

“There are uncertainties. It’s not doom and gloom by any means,” he said. “But there are a number of challenges facing us, chief among those is the impact of Brexit and the uncertainty it has generated.

“It has certainly slowed things down. There is a double whammy effect because the pound has weakened considerably and this has made ancillary costs like ski hire and lift passes more expensive.”

However, Perrin said this can be a benefit for tour operators because they are able to insulate clients from the impact of the falling pound through including meals in packages, deals with suppliers and hedging in ways that booking direct is not able to.

He added the firm was expecting to have a tough start to the winter ski season due to a ‘hangover from last year’s bad start and the fact that Christmas and New Year’s Day fall on Saturdays this year.

This has prompted Hotelplan to switch its departure days from Saturday to Friday and due to the way that the dates work out that means skiers at New Year get one day extra for free.

It also means there is one less week in January 2017 than would usually be the case meaning there is a natural dip in capacity this year built into the season.

“There is roughly a 5% capacity reduction – the whole market is going to shrink down a wee bit next year. Probably in the light of Brexit and the pound that’s not the worst thing to happen.”

Perrin said this loss of capacity is already seeing a tightening of demand for lower season dates.

Overall, Perrin said it was difficult to predict what the Brexit vote means for the market, and that uncertainty will continue until more is known about the terms of the UK’s withdrawal from the EU.

“The big one for us in ski is uncertainty – a ‘wait and see’ attitude. A lot of folk will sit on the fence and see how they feel come the end of the year. But we are not looking at really serious doom and gloom. This is not like the banking crisis of 2009.”