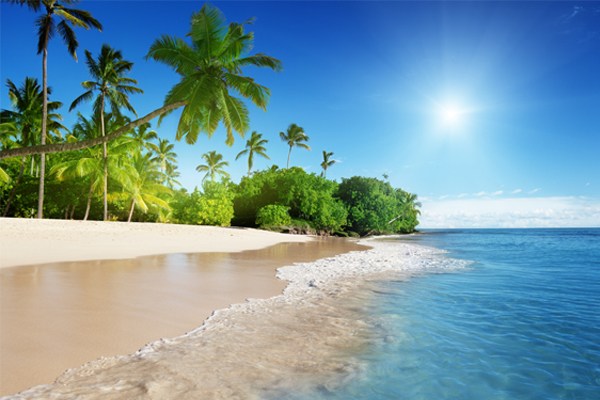 Leading Caribbean destinations have enjoyed their best seasons from the UK in years. Ian Taylor reports

Growth in UK visitors to the Caribbean outstripped growth in tourism to the region overall last year and outpaced growth from across Europe despite the maturity of the UK market.

The Caribbean Tourism Organisation (CTO) recorded a 10% increase in UK arrivals in 2015 to more than 1.2 million, against a 6.4% overall growth in visitors and a 3.9% increase to just over five million from Europe as a whole.

UK visitor numbers were the highest since 2008, and the highest in seven years to the two most popular destinations from Britain, Barbados and Jamaica.

Other islands receiving significant numbers of UK arrivals included Antigua and Barbuda with 78,000, Bermuda 22,500, the British Virgin Islands 18,500 and the Cayman Islands 16,000, although the Turks and Caicos Islands saw the biggest increase of 49% to almost 6,400.

Only France, with 1.3 million visitors to the Caribbean, topped the UK in sending tourists to the region. But most French visitors travel to the Dominican Republic or, on a smaller scale, to Cuba.

CTO figures for the first three months of this year showed UK arrivals to Barbados up 15% and to Jamaica up 11% year on year against a 7.3% increase in total arrivals. However, UK arrivals to the Dominican Republic in the first three months were also up almost 15% against a near 9% fall from France. Cuba saw a 22% increase from the UK at the start of this year and Antigua and Barbuda a 10% increase.

Overall UK arrivals were up 7.4% in the first three months at 310,000. The fact that Easter fell in March this year could explain some of the increase. However, the numbers were up by 73,000 or 31% on the first quarter of 2013 when Good Friday also fell at the end of March.

So it adds up to a highly encouraging picture after the Caribbean suffered the double whammy of the global crisis and an unduly high rate of APD on UK flights from 2008.

Total UK outbound holiday numbers fell 20% between 2008 and 2010 following the financial crisis and recession. Visits to the Caribbean in this period fell by less, by about 16%. However, the Caribbean continued to be hit by increases in APD and saw UK numbers continue to fall up to 2013.

The economy rate has only fallen to £73 since (as from this April), but at least now it is on a par with APD on flights to nearby Florida and the rest of the US. In addition, the government exempted children under 12 from the tax from May 2015 and extended the exemption to under-16s from this March – providing a fillip to family bookings.

In a review of its global market in March, the CTO noted: “The region made a strong start to 2016 in the face of uneven economic growth worldwide, buttressed by lower oil prices and the strong US dollar, which increased the appeal of the region, [and] were the main reasons for growth in the first quarter.”

The strong dollar, in particular, won’t benefit the UK market. The exchange rate of sterling against the dollar fell from an average of $2 in 2007 to below $1.60 in 2009 and was $1.56 last summer before dropping this August to about $1.30. That has made accommodation relatively more expensive in some areas of the Caribbean and lessened the beneficial impact of the fall in the oil price on air fares.

Yet the CTO could still report: “Individual destinations benefited most from increased visitation from the UK. Of 19 destinations, only Bermuda, Saint Lucia and Trinidad and Tobago recorded decreases [from the UK]. In other destinations, increases ranged from 2.7% to 94%.”

Of course, the biggest political development in the region has been the normalisation of US relations with Cuba since last year. The CTO hopes this will “help to cement the region’s growth”, although the impact on the preferred destinations from the UK should be minimal. 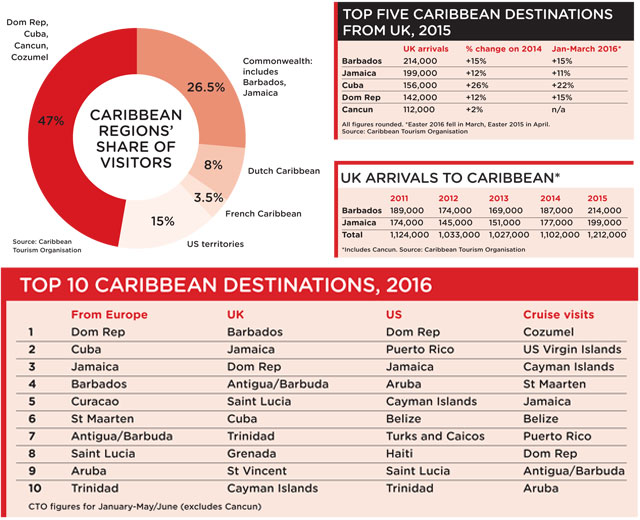