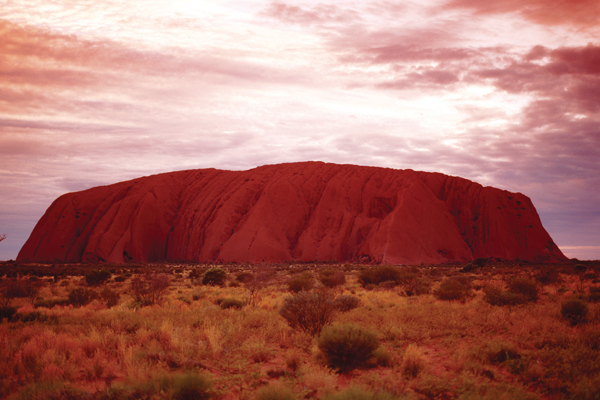 Three men stranded on the Australian landmark Uluru have been rescued after an 11-hour operation.

Rescue volunteers reached them by helicopter and abseiled them to safety early on Tuesday. Police said there were no injuries.

The men ventured off the designated pathway on Monday and became stuck in a crevice on the rock formation in the Northern Territory.

It is not prohibited to climb the site formerly known as Ayers Rock.

But the traditional owners of the landmark, the Anangu, ask that people “respect our law and culture” by not venturing onto the sacred site.

Tourists are warned that the climb can be dangerous. More than 35 people have died scaling Uluru.

The three Australian men – all 23 years old – are understood to have scaled down to see a waterfall but became stuck and were unable to climb back up, the BBC reported.

An emergency services spokeswoman said the “avoidable” incident would be costly with a helicopter and rock-climbing used in the rescue effort.

“They were all quite hungry but they were fine, they had sufficient water with them and weren’t dehydrated,” she told the Sydney Morning Herald.

“It’s really important that people stay within the designated areas when they’re doing bushwalks so that they don’t come into harm’s way.”