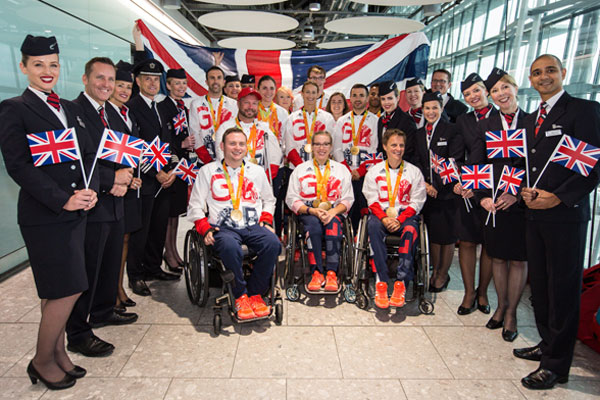 The athletes and support staff travelled on the ‘victoRIOus’ aircraft including medallists Sarah Storey, Will Bayley, Lee Pearson and Hannah Cockroft.

Extra water, champagne, snacks and treats were loaded on board and passengers were given a three-course menu and full English breakfast before landing.

BA chairman and chief executive, Alex Cruz, said: “We are honoured to be part of such a special moment of national pride and celebration. It has been a privilege to fly the athletes home from the Rio 2016 Paralympic Games.

“I’d also like thank everyone across the airline who worked tirelessly for months to deliver a truly memorable homecoming that Team GB and ParalympicsGB so rightly deserve.”

“It is right that our athletes return to the UK proud of their achievements and are celebrated by our partner British Airways, flying them home in style. It is the perfect ending to an incredible two weeks.”