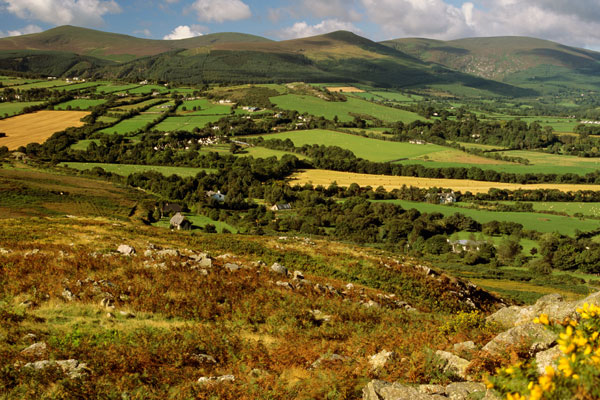 Make the most of Britain’s green and pleasant land, writes Katie McGonagle.

How many kinds of sweet flowers grow in an English country garden? If you can’t help but humming along to the first line of that traditional folk song, you’re not alone.

Long before Downton Abbey and One Direction, the biggest export to come out of Britain was of a more horticultural variety, with green-fingered gardeners around the world looking to emulate our particular brand of sweeping lawns, glassy lakes and beds of coloured blooms.

But did you know we owe much of that tradition to the father of landscape gardening, Lancelot ‘Capability’ Brown, whose 300th birthday is this year?

Before his arrival in the early 18th century, aristocratic gardens were modelled on the rather rigid French style, but Brown’s back-to-nature approach revolutionised the look of stately homes up and down the country. He went from humble gardener to landscape architect for the landed gentry and even the royals, designing the grounds of homes as grand as Warwick Castle, Milton Abbey and Hampton Court Palace.

To celebrate the life and work of this great British gardener, we round up some of the best green‑fingered holidays to be had on these fair isles. 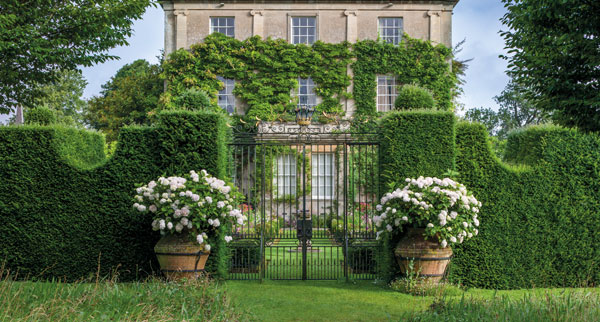 The Prince of Wales is known for his curious horticultural habits – talking to plants, anyone? – but you don’t have to strike up a conversation with the nearest rosebush to get a glimpse inside the stunning gardens of his residence, Highgrove House. These grounds were the starting point for organic brand Duchy Originals, and there’s an emphasis on environmental sustainability throughout the Wild Flower Meadow, Woodland Garden, Walled Garden and Cottage Garden.

Highgrove is one of the highlights on garden specialist Brightwater Holidays’ tour of the Cotswolds, which also visits the rose collection at Abbey House Garden in Malmesbury and the National Arboretum at Westonbirt.

Book it: Brightwater Holidays’ three-night Highgrove and the Cotswolds tour – one of its RHS Garden Holidays itineraries – starts at £465 with pick-ups from London, Reading, Swindon and Bristol, departing October 10 or from April 21, 2017. brightwaterholidays.com 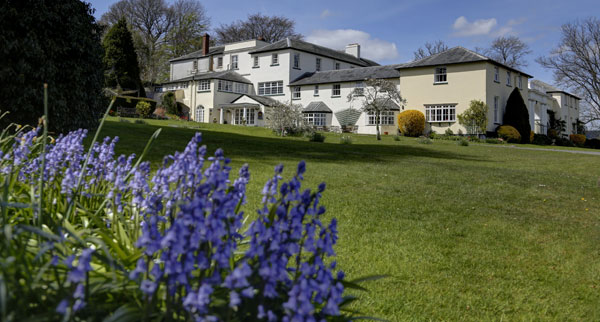 Once one of the finest country seats in the county, this mansion, modelled on Buckingham Palace, still has a touch of Capability Brown magic about it. While redesigning the landscapes of the nearby Mamhead Estate in 1772, Brown advised on the design of these gardens, planting eight types of oak tree in the extensive grounds.

Guests at the property, now the Best Western Lord Haldon Country Hotel, can enjoy the greenery of the Devonshire countryside from the comfort of their room, or venture to the scenic trails of Haldon Forest just three miles away.

It’s only one of the country-house hotels to offer a window on the great gardens of England. Wotton House in Surrey, for example, boasts the first Italian‑style gardens in Britain; the symmetrical, geometric patterns hadn’t been seen before until landscape gardener and diarist John Evelyn introduced them between 1643 and 1652. Now a Principal Hayley Group hotel, it’s an easy fix for guests who want a sense of horticultural heritage on their next weekend away (from £109 per night). 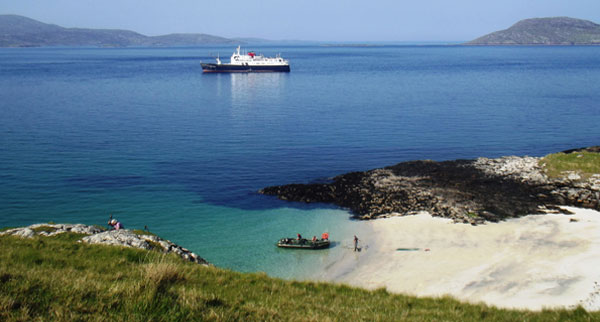 With the finest rhododendron collection in the country, this 20-acre woodland is a highlight even among the great gardens of Scotland’s highlands and islands. Planted in the 1930s, it houses an exotic array of southern hemisphere shrubs and trees along with a range of brightly coloured rhododendrons.

Hebridean Island Cruises includes Colonsay on a tour of Scotland’s finest gardens. The cruise also takes in Lip na Cloiche Garden on Mull, as famous for its views over the Isle of Ulva and Loch Tuath as for its greenery; plus the castle gardens of Dunvegan and Kinloch.

Its other main draw is Armadale Castle Gardens, home to 200-year-old trees towering over carpets of bluebells, birch and beech alongside giant daisies from New Zealand and bright scarlet Chilean firebush. This estate also merits a stop on Great Rail Journeys’ new Grand Tour of Scotland, which has departures from May 2017. 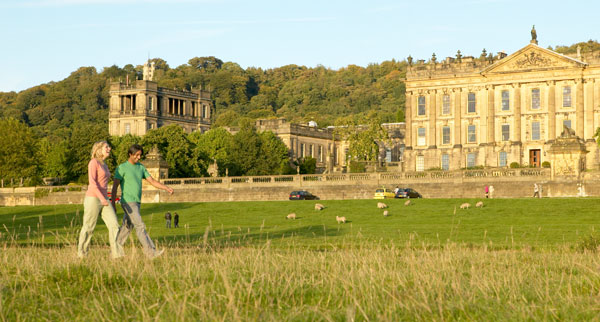 The 105-acre gardens of this stately home are one of the best examples of Capability Brown’s influence. While there are a few features still surviving from the estate’s Elizabethan gardens – notably The Cascade water feature and Seahorse Fountain – most of what’s on show today stems from Brown’s work, replacing the highly stylised French parterres and ponds with sweeping lawns, and planting trees in seemingly natural clumps to break up the landscape. That helps explain why Chatsworth has been chosen as the venue for a new annual RHS flower show, starting in June.

Brown’s influence extended beyond the grounds of Chatsworth, however, and visiting the area’s other stately homes help put his innovations in context. HF Holidays adds the formal French gardens of Melbourne Hall, the eclectic Biddulph Grange and the Italian-influenced Renishaw Hall. 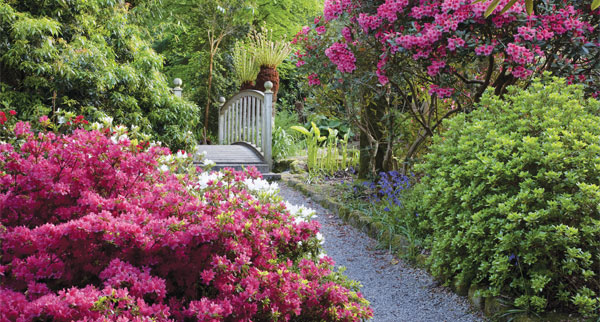 These Grade I listed gardens were established in the 19th century by the influential lord proprietor of the islands, Augustus Smith, as private gardens for the home he built on the grounds, near the remains of a 10th-century Benedictine abbey. They are surprisingly diverse, housing more than 20,000 species drawn from 80 countries, with tropical blooms from as far away as Brazil, Burma, New Zealand and South Africa. The plants are able to survive on this southwest British island thanks to a belt of trees – cypress, pine, sycamore, oak and poplar – which Smith installed to protect the gardens, creating a subtropical microclimate. 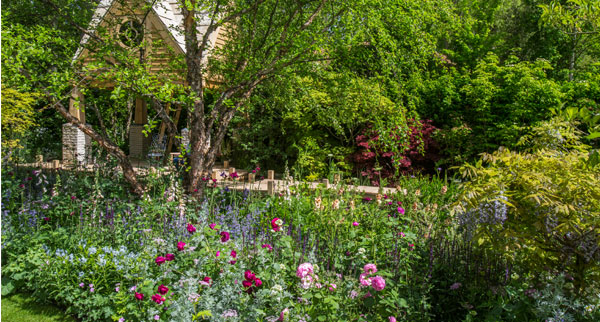 It’s the highlight of the horticultural calendar, when the gardening world gathers in London for a celebration of all things green-fingered. The Chelsea Flower Show has been going for more than a century and draws exhibitors from around the globe to showcase everything from traditional blooms to the most artistic, cutting-edge efforts, pushing the boundaries of landscape design with much-sought-after awards in return.

Book it: SuperBreak offers one and two-night packages with tickets to Chelsea Flower Show, accommodation in London and rail or coach transport. Tickets and prices for next year’s show will be available from December 1. superbreak.com 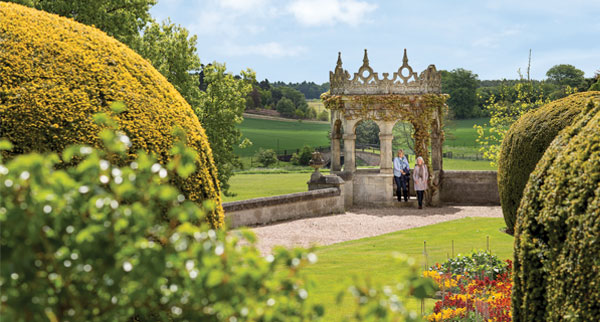 The grand estate of Thoresby Hall, a 19th-century manor house in Budby, Nottinghamshire, is impressive in itself, but add its 30-acre Grade I listed gardens and it’s even more of a treat for fans of English heritage. The grounds were designed by Sir Humphrey Repton, a successor to the Capability Brown school of landscape design, and there’s evidence Brown was involved in early proposals for the gardens’ design. These days they feature an award-winning Victorian rose garden with rare blooms, and are surrounded by the beautiful grounds of Thoresby Park.

Book it: A four-night midweek break at Warner Leisure Hotels’ Thoresby Hall costs from £284 with the Simply Dine package (buffet breakfast and three-course evening meal), based on an October 31 arrival. warnerleisurehotels.co.uk 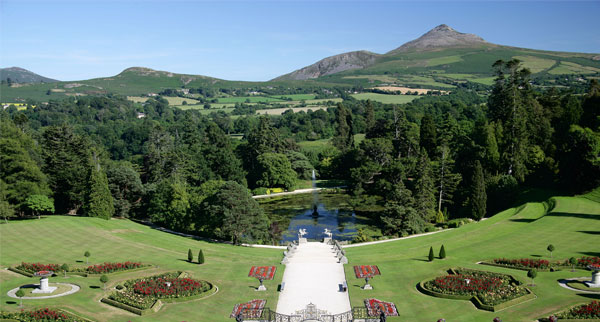 Ireland is known as the Emerald Isle, and there’s nowhere better to appreciate its rolling green hills than the Powerscourt Estate, which came third in a National Geographic list of the world’s top gardens. The house was rebuilt in the 1730s and it was around that time that the transformation of the gardens began, though work continued for centuries. Inspired by Italian Renaissance villas and the gardens of Versailles and Austria’s Schönbrunn Palace, highlights of the estate include the Pepper Pot Tower, Walled Garden and Japanese Gardens.

Book it: Newmarket Holidays’ six-day Waterford, Wexford & the Garden of Ireland tour is priced from £519, including guided sightseeing, a tour of the Waterford Crystal factory, return flights to Dublin, coach travel and five nights’ dinner, bed and breakfast. newmarketholidays.co.uk 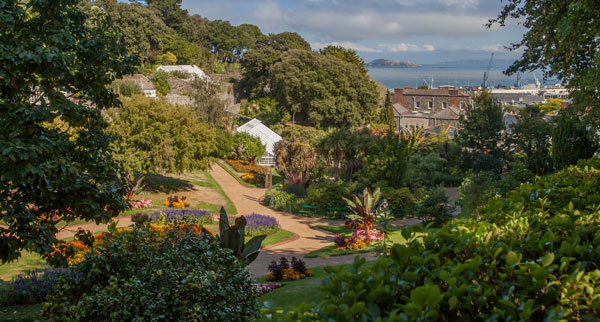 “Guernsey has a number of beautiful public gardens for visitors to enjoy,” says Bev Scarr, short-haul product manager for Premier Holidays. “My favourite is Candie Gardens, a short walk from the heart of St Peter Port, offering wonderful examples of a 19th-century public flower garden, and the oldest known heated glasshouses in the British Isles. The Sculpture Park and Subtropical Garden in St Martins display an array of subtropical plants growing out in the open, including species usually found only within biodomes in Britain.”

Candie Gardens is also home to a statue of Victor Hugo – the Les Misérables author who was famously exiled to the island from his native France – as well as a museum, art gallery, a cafe in a converted Victorian bandstand, plus sweeping views across St Peter Port harbour.

Book it: Premier Holidays offers three nights in a garden view room at the four-star St Pierre Park from £199 by sea from Poole, or from £265 by air from Gatwick, valid for travel between November 1 and December 20, including dinner on the first night. trade.premierholidays.co.uk 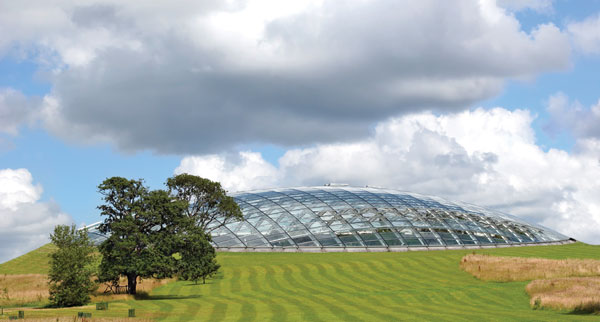 Saga describes this as the ‘Welsh equivalent of England’s Eden Project’, and it’s a fitting comparison for this flagship garden, which doubles as a visitor attraction and centre for botanical research and conservation. Its focal point is the Great Glasshouse, the largest single-span glasshouse in the world – so big it took 785 panes – and home to plants from as far afield as Chile, Western Australia, California and the Canary Islands, alongside an Apothecary’s Garden, Aqualab and Bee Garden.

Other nearby spots include Aberglasney, a series of ‘garden rooms’ dating back to 1477 and featuring the UK’s sole surviving Elizabethan cloister garden; an outstanding rhododendron collection at Clyne Gardens, which overlooks Swansea Bay; and the secluded eight-acre Colby Woodland Garden in Pembrokeshire.

Book it: Saga’s Gardens of South Wales starts at £519, staying at Stradey Park Hotel in Llanelli with three excursions and a horticultural host. travel.saga.co.uk