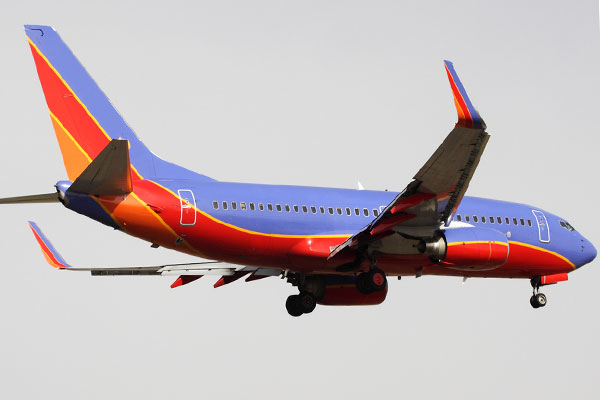 A US domestic flight was evacuated yesterday after a passenger’s Samsung Galaxy Note 7 mobile phone began smoking before take off.

Passengers were ordered off the Southwest Airlines aircraft due to fly from Louisville to Kentucky after smoke was reported in the cabin as it was preparing for take off.

Phone owner Brian Green is reported to have told technology website The Verge that he had powered down the phone at the crew’s request, but that it began smoking in his pocket.

He dropped the phone on the floor and the flight was swiftly evacuated.

He said the device had burned a hole in the plane’s carpet and scorched the floor underneath.

Samsung said there was no evidence that the phone in question was the new Note 7, the Daily Telegraph reported.

The company was forced to recall millions of the Note 7 phones a month ago after reports that some had spontaneously caught fire due to battery faults.

Samsung said: “There is no evidence that this incident is related to the new Note 7. We are working with the authorities and Southwest now to recover the device and confirm the cause.”

The US Federal Aviation Administration recently warned passengers not to turn on or charge their Note 7 phones when flying.