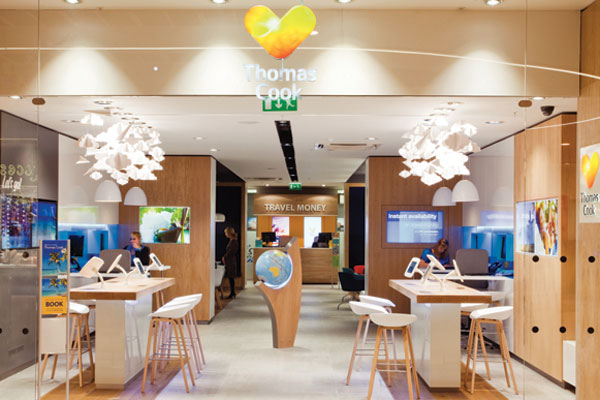 Just under 200 staff will be affected by the closures and discussions have already begun with employees.

Cook says the vast majority of the staff will be re-deployed but a small number are expected to be made redundant.

Twenty one of the shops to close will be Co-operative Travel agencies that were taken over by Cook under the joint venture six years ago and in locations where there is an overlap.

All of the 28 shops will close by the end of December.

The changes come following a review of its 793 store network.

Under the plans, all Cook shops will be classified into two categories – Discovery and Neighbourhood stores.

Neighbourhood stores will be those located primarily in high streets while Discovery will be located in shopping centres, out of town retail parks and busy high streets.

A further three Discovery stores are planned at other “prime” locations by the new year. These are yet to be announced.

However, they are likely to be in locations where Cook already operates a store which it would look to move into a shopping centre.

This will bring the total number of Discovery stores to 14 with a further 15 planned in the next 12 to 18 months.

Separately, 50 existing Cook shops will be refurbished following the 50 that have already been renovated.

Cook could not confirm the number of shops it would operate by the end of the process.

Earlier this week, Cook’s managing director Chris Mottershead said the group is looking to open around 25 shops in the next two years. He also said the Co-operative Travel brand would remain for at least two years.

Director of retail and customer experience, Kathryn Darbandi, said: “Our network of stores across the UK remains key to attracting, inspiring and engaging our customers. While a growing number of customers use our digital channels, many want to be able to discuss and arrange holidays face-to-face with knowledgeable people. It is one of the reasons they choose Thomas Cook.

“Our store colleagues play a major part in ensuring customer satisfaction and loyalty, never more evident than in the past year.

“As well as helping customers choose the right holiday, our store colleagues have worked tirelessly to assist them when challenging events have meant the need for last minute changes to their schedules

“However, we know we cannot stand still so we are constantly working to improve the format of our stores as well as making sure we have the right stores in the right places to meet the changing demands of our millions of customers.”