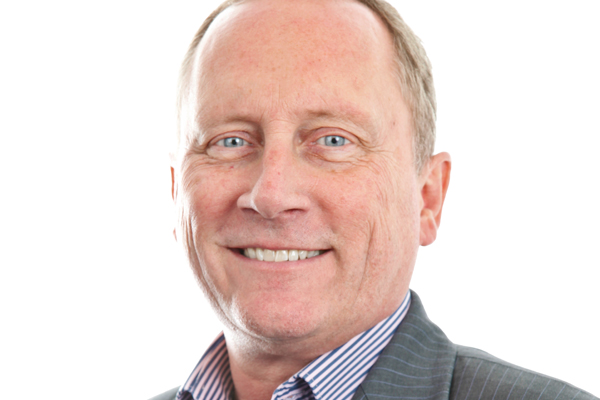 Terrorism is reshaping travel, according to Thomas Cook UK managing director Chris Mottershead. Ahead of addressing this week’s Travel Convention, he spoke to Ian Taylor.

Adapting to change is nothing new for Chris Mottershead, who has worked in Russia and North America and who headed Tui UK, Airtours and Travelzest before taking over at Thomas Cook UK in September last year.

He should have no need to research the changes in the industry over recent years, the subject on which he will address The Travel Convention next week. But Mottershead believes a change in the past 18 months has been of a different order.

Looking back over his time in the industry, he says: “Most of the change has been positive – the evolution of flying and the economy associated with it, and the internet and its impact on travel. But now external impacts are creating change – [through] the regularity of terrorism and the response to it.”

There were terrible events in the past, of course: Mottershead took over at Tui UK just months after the 9/11 attacks.

“But an incident [back then] would be isolated and the industry would have time to respond, review and develop,” he says.

“The challenge now is that it is continuous, and we have to respond to survive. It’s a very aggressive challenge.”

Yet Mottershead believes Thomas Cook has an advantage – that by offering quality and security it can emerge stronger than those in the industry without control over what they sell.

That does not mean responding to the terror attacks in Sousse, Sharm el-Sheikh and elsewhere has been easy. He says: “Pulling out of Sharm or Tunisia is not a simple thing. It’s not just a case of where you put your aircraft. You have to find hotels and ensure they deliver the experience customers want, and you have to do it speedily. It isn’t simple.

“You can do it practically – just move the aircraft. But you need to do it with the customer in mind. It’s not just a case of going into a new destination and pouring people into hotels. There is a huge amount behind it.”

Mottershead says the search for replacement hotel capacity was “helped by the Thomas Cook heritage”, pointing out: “We’ve had relationships with many hoteliers over many decades.”

He denies the group suffered any hangover from its unilateral decision to cut payments to hoteliers six years ago, saying: “That was quite a long time ago and has been overcome. There is an awareness of what happened and bridges have been built.”

It’s not the only thing Mottershead believes to be in the past. The group’s focus on cost and efficiencies necessitated by the struggle for survival through 2011-13 has given way to a primary focus on the customer, a change he describes as “dramatic”.

“Many companies are competing for the customer. The technology players are concentrating on how to become more effective and simplify the end process.

He adds: “The move to all inclusive holidays is clear. The value is fantastic, and we spent a lot of time redefining what an all inclusive offer should include because it’s essential there is no confusion.

“Tunisia was 100% all-inclusive, and Antalya in Turkey tended to be all-inclusive. Customers who have moved back to the western Mediterranean have been looking for similar. For the UK market, we’ve increased our all-inclusive product by about 20% across Spain and Greece.”

In a trading update last week, Cook reported UK bookings for summer 2016 up 1% on last year to mid-September – an improvement from mid-July when they were 1% down.

Mottershead says: “We had a good lates market. Part of it was for Turkey, with demand coming in the two to three weeks before departure. The value for money was quite extraordinary.” He adds: “Overall, we’ve done fairly well.”

However, assessing Turkey’s prospects for summer 2017 remains a challenge.

“It’s very difficult to predict regarding Turkey,” he says.

“There is general uncertainty. Turkey is not selling as strongly at the moment as in the past, but our view is it will come back.
“The longer nothing happens, the more bookings will come in.”

At the same time, Mottershead foresees growth for Thomas Cook UK as a whole, saying: “We feel we have the right selection of hotels and we’re in a position to expand.

“We’re ahead year on year for this winter and next summer at the moment. It is early days, but we’re seeing strong demand.”

He notes Cook had hoped to expand from the UK this summer, “but with Sharm, Tunisia and Turkey, growth has not been feasible”.

Mottershead believes the introduction of direct-debit payments, allowing customers to pay the balance on holidays over several months, has helped.

“We’re seeing significant take up,” he says. “We introduced direct debit online in March and April and across our retail shops in July to enable customers to budget.” He declined to give figures, but insisted: “It’s a strong proportion of bookings.”

A desire by consumers to lock in current prices may also be a factor, following the fall in the exchange rate of the pound after the Brexit referendum vote in June. Mottershead says: “Consumers see the exchange rate movement and the value of today’s prices. They may feel prices will go up later.”

How customers book will continue to evolve, he says, while insisting Thomas Cook remains committed to its retail outlets – and to The Co-operative Travel shops the group has run under a joint-venture (JV) agreement with the Co-operative Group since 2011. Indeed, the group is looking to open “about 25 shops” in the next two years.

Mottershead says: “It’s not for us to decide how the customer books. If there is a move by customers to book online, we have to ensure they have opportunities to book. It’s an evolving situation. There is no point saying it [the proportion of online bookings] has to be this or that.”

But he insists: “We have a very viable network of shops. Of course, we have to ensure they are in the right place. We’re looking to open some more in areas where we don’t have a location at the moment. We plan to open about 25 shops in new locales over the next two years.”

And The Co-operative Travel brand “will remain for at least two years”, he says, explaining: “Whatever the decision [about the JV] we have a run-off on the brand for another two years minimum, so we will continue it.”