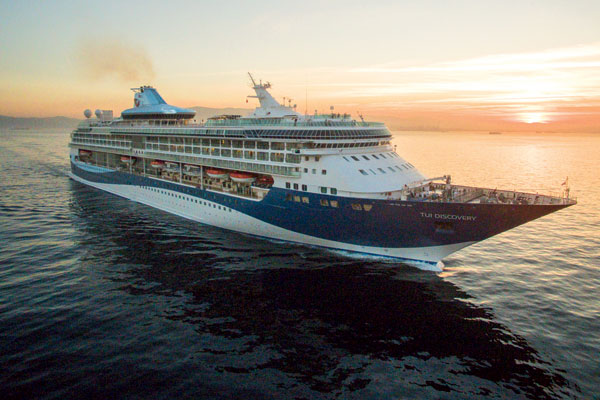 Jane Archer gets the lowdown on this year’s most hotly anticipated ship refits.

You see many unexpected things on ships these days – ice-skating rinks, dodgem cars, Imax cinemas, but dogs? Yes, take the lift to the top deck of Cunard’s Queen Mary 2 and there are real live pooches being exercised by their owners.

QM2 has carried canines across the Atlantic since its launch in 2004. What is new in this summer’s much-heralded refit is that our four-legged friends now have a lamp post from Liverpool and a fire hydrant from the Big Apple to, well, do doggy things against.

It’s a lovely piece of whimsy thrown into a refit that was so expensive (£90 million) and so extensive that Cunard felt it deserved a grander name – other ships have refits and makeovers; QM2 was ‘remastered’.

The statistics are impressive – enough new carpet laid to cover 10 football pitches, 4,000 framed pictures hung and 15,000 litres of paint applied to the hull, all over the course of just 25 days.

The result is equally impressive. QM2 looks as shiny as a new ship, but without losing the traditional features that set it apart from other cruise lines and that its passengers crave. There are multiple strictly imposed formal nights as it crosses the Atlantic; those who can afford to stay in Princess and Queens Grill Suites can still drink and dine in their own bars and restaurants. 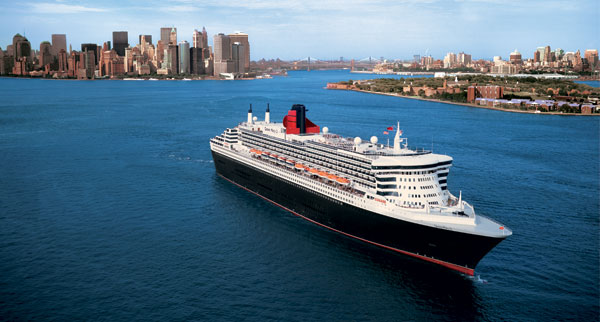 The big changes are well documented: two glass lifts removed from the atrium leaving a more open and inviting space; the rather old-fashioned Winter Garden replaced by the more modern and tasteful Carinthia Lounge; 15 shiny, modern single cabins; individual service stations in the King’s Court buffet that have helped banish queues (though I still preferred the pub lunches in the Golden Lion!).

What are less talked about are the other new food options: the Belgian Godiva chocolates and fondues served in Sir Samuel’s (a chocoholic’s heaven but hell for those on a diet), and a pop-up evening-only Smokehouse restaurant in part of the King’s Court. It alternates with existing Indian, Asian, Mexican and Italian eateries, serves tasty American barbecue food (ribs, southern fried chicken, five-bean stew) and is a bargain $15.

Also, as on Queen Victoria, the Todd English speciality restaurant has gone, replaced with the Verandah, which is great value at $35. The menu is French and the service leisurely, so those who like to see the shows are advised to dine early.

And then there is my favourite addition – a port wall in the Carinthia Lounge containing 46 vintages of Portugal’s famous fortified wine produced over the past 176 years. The oldest bottles, from 1840, when Cunard was founded, will set you back an eye-watering $4,450. But there are cheaper tastings with an expert sommelier – three flights, four vintages (not the 1840 though!) and prices from $10.95.

Book it: QM2 sails a world cruise each year between January and May and spends the rest of the year crossing the Atlantic between Southampton and New York. From £1,799 for a balcony cabin on a seven-night Southampton sailing to New York on May 8 and return flights.cunard.co.uk 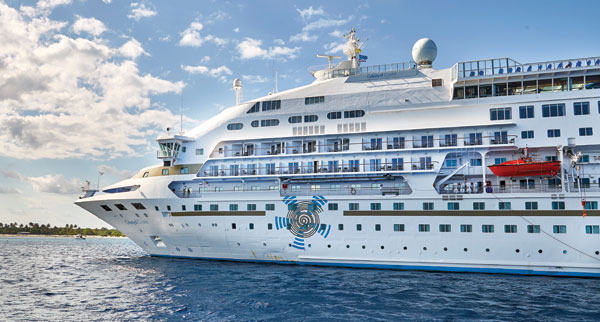 The first time I cruised on Celestyal Cruises’ Celestyal Crystal, I was in cabin 7022, a large room with a fixed window, twin beds, sofa and chair, and a cupboard for the TV and minibar.

That was in January 2015. Fast-forward 18 months and I was back on board, this time in near-identical cabin 6005 (even the furnishings were the same), except for two things: the cupboard was gone with the TV now screwed to the wall and minibar tucked away in the wardrobe, and rather than a window I had a balcony.

The cabin was one of 43 fitted with verandas in a £17.6 million fleet-wide modernisation programme. It made a difference, providing a quiet spot to enjoy the sun on my Greek islands cruise.

There are still areas that could do with a few more millions lavished on them – the area around the Helios pool needs updating, and a rejig of the buffet would avoid people queuing too close to the dining area – but all in all, Crystal is an attractive ship with classic lines, teak decks and a lovely crew.

Book it: Crystal will be cruising around Cuba year-round from November 2016. From £973 cruise-only for seven nights ex-Havana. yourcubacruise.com 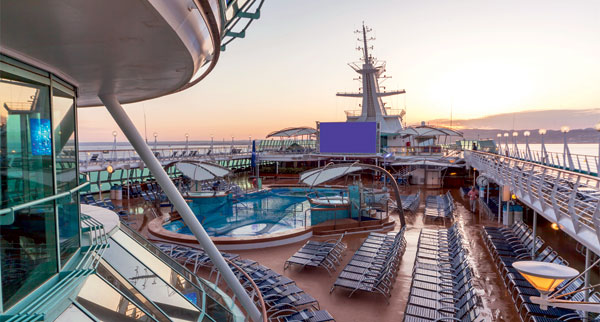 Eat your heart out, Hercule. Who needs Agatha Christie when you can exercise the little grey cells in The Detective Room on Tui Discovery, Thomson Cruises’ newest and biggest ship?

The premise is simple. You are locked in the room, where you find yourself framed for murder and have one hour to find the real murderer, prove your innocence and escape.

Along with a climbing wall, steakhouse and Italian eatery, the Breakout Room is one of several nifty features on the ship, which joined Thomson Cruises from Royal Caribbean International in July after a £10 million refit.

It represents a major step up for the company. For one thing, Tui Discovery has more than 350 balcony cabins – way more than any other Thomson ship. Each cabin is equipped with a kettle, and my spacious junior suite also had a Lavazza coffee-maker. The bathroom was less impressive, feeling rather old-fashioned with a shower in the bath enclosed by a clingy curtain.

Thomson has tweaked some of the changes made during a $53 million refit back in 2011, when the ship was still sailing with Royal Caribbean as Splendour of the Seas, with modernised public areas and dining venues adapted to suit Thomson’s predominantly British passenger base. So there is a new surf and turf restaurant – the first on any Thomson ship – and also an Italian eatery, Gallery 47, another first and located in the top tier of the main dining room.

Kora La, an Asian restaurant found on other Thomson ships, is the first to serve dishes created by Ian Pengelley, British chef director at the House of Ho in London.

The food is delicious – tasty and cooked to order – and well worth the reasonable £19.95 supplement (the same price as the surf and turf).

Thomson includes gratuities in the price and, from summer 2017, drinks will be also be included on Tui Discovery (and sister ship Tui Discovery 2, which joins the fleet from Royal Caribbean next May. It means that once clients have paid for their cruise there will be few other costs to worry about while on holiday.

For more casual dining, there is a self-service venue and a Snack Shack, where passengers can tuck into bacon butties, burgers and fries throughout the day in colourful beach houses.

As the British are not big gamblers, the casino has been reduced to a shadow of its former self and in its place is the Live Room, a colourful lounge featuring eight beers on tap and a banana-yellow piano for singalongs. Bar Eleven at the top of the ship, replacing Royal Caribbean’s Viking Crown Lounge, has a more elegant feel.

The Detective Office, and a second puzzle room called Classified, where participants have to ‘pass’ an exam to become a secret agent to escape, replace a couple of meeting rooms.

Book it: Tui Discovery is visiting Spain, Italy and France on seven-night cruises around the Mediterranean from Palma de Mallorca in summer 2017 and will spend the winter island-hopping around the Caribbean from Bridgetown in Barbados. Prices start at £1,160 for a one-week Mediterranean Secrets cruise from Palma departing June 17, 2017, including flights.thomson.co.uk/cruises