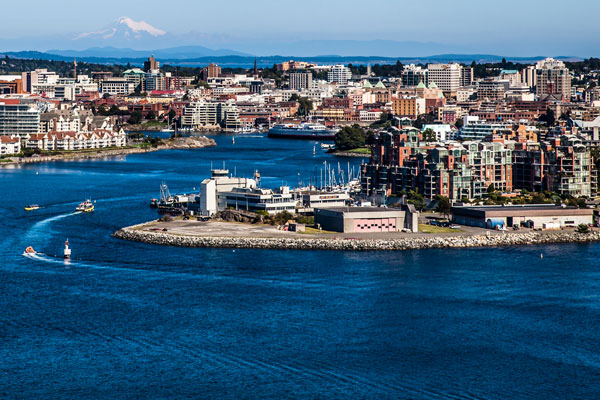 Will and Kate aren’t the only ones to go wild for western Canada, finds Nikki Bayley.

Royal mania has hit the west coast of Canada with British Columbia and the Yukon in a right royal flutter after the recent visit from Prince William, Kate and their children.

Cheapflights.com is quoting a 40% year-on-year rise in searches for Canada, and no wonder. After two weeks of ravishing images of Canada on the front pages of every newspaper in the UK, everyone wants to experience that West Coast welcome.

Take advantage by helping your clients travel in Will and Kate’s footsteps. Hot tips include First Nations cultural tourism and off-the-beaten-track wilderness destinations. 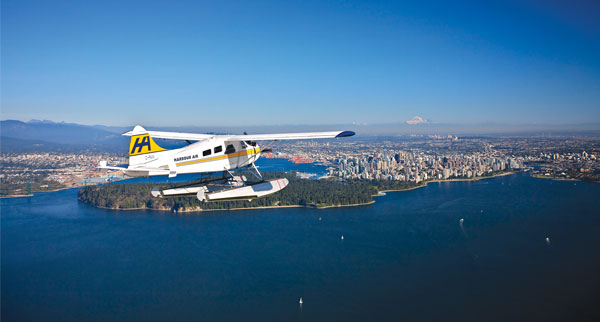 Searches for Vancouver alone have rocketed 50% since the royal tour, according to Hotels.com, but really any time is good to visit Canada’s most beautiful city. Ringed by mountains, this twinkling high-rise city by the sea boasts an incredible culinary scene with plenty of museums, shopping and sporting opportunities on the doorstep.

Believe the hype: you can golf, ski and paddleboard all in one day.

Royal route: Will and Kate visited various charities in the city’s gritty Downtown Eastside, as well as the newly-reopened lifeguard station in Kitsilano, along with celebrating young leaders in Canadian arts, music, sport, charity, business, and film at the Telus Garden.

What else: New for winter, the Trump Vancouver hotel is set to open downtown. Vancouver boasts excellent access to nearby Whistler for Olympic-level winter sports activities.

How to sell: Vancouver bookends most western Canada itineraries from fly-drives to Via Rail or Rocky Mountaineer trains across Canada. It’s an ideal addition to cruise itineraries to Alaska. 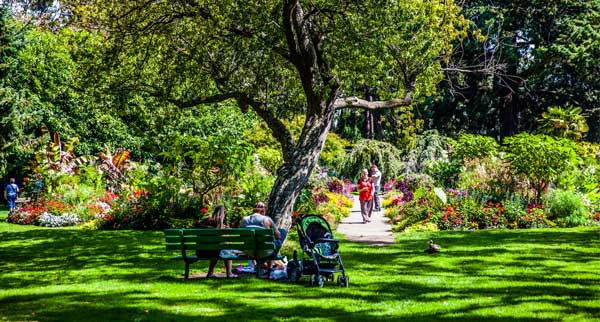 Royal route: The royals arrived by Harbour Air float plane, visited the Parliament Buildings and unveiled a new plaque at the cenotaph. They also helped sail a tall ship around the inner harbour, while Charlotte and George visited the Children’s Farm at Beacon Hill Park.

How to sell: Either added as a two or three-day stopover to a Vancouver itinerary, or part of a cruise, Victoria can also be part of a Vancouver Island self-drive loop taking in surf town Tofino, or heading up north to visit the islands of Haida Gwaii or the Great Bear Rainforest area. 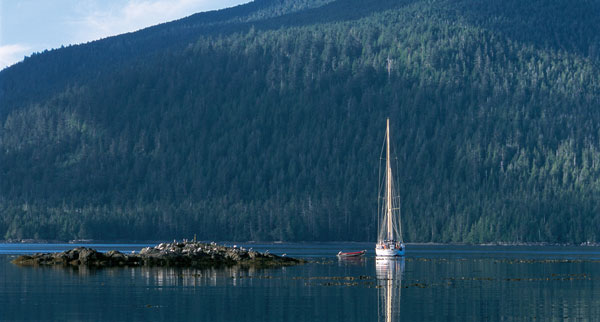 Famed as Canada’s Galapagos Islands, the archipelago of Haida Gwaii was formerly known as the Queen Charlottes until 2009. Approximately half of its population is Haida First Nations. Haida Gwaii consists of two main islands and some 150 smaller ones, many of which are protected as a National Park reserve and Haida Heritage site.

Royal route: Will and Kate learned about the area’s First Nations culture, paddled a traditional Haida canoe, visited the Haida Heritage Centre – a cultural centre and museum – and took a fishing trip to catch some of the area’s legendarily fine salmon and halibut.

What else: Incredible conservation and ecological tourism opportunities await visitors to these remote islands, with a chance to immerse themselves in Haida culture and see an abundance of wildlife from whales to bears.

How to sell: Package with stops in Victoria or Vancouver to clients seeking authentic, culturally immersive Canadian experiences. 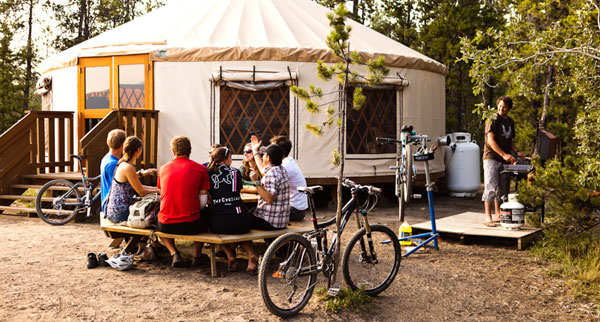 This is Canada’s westernmost and smallest territory, where you can see the northern lights shimmer in the sky, go dog-sledding and follow the Klondike Gold Rush trail.

Royal route: Flying into the capital Whitehorse, the royals discovered more First Nations culture and visited the Macbride Museum of Yukon History. In the tiny Yukon community of Carcross, they jumped aboard a steam train and attended a mountain bike festival.

What else: The Yukon’s tourism slogan is ‘larger than life’ and that’s absolutely no understatement. The land of the Midnight Sun and the epic Alaska Highway, the Yukon offers visitors the chance to really explore a wild side of Canada complete with amazing wildlife, dazzling wilderness and unique experiences.

How to sell: Connect via Alaska-bound cruises or via a short direct flight from Vancouver, Calgary, Kelowna or Edmonton. 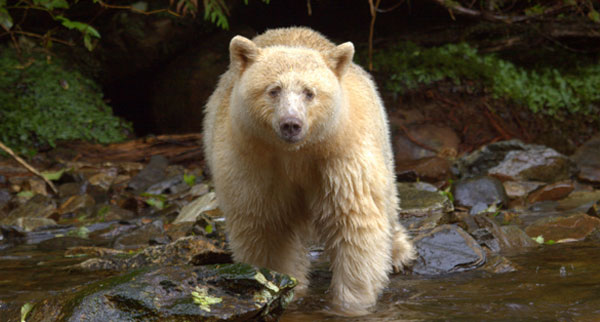 This is one of the most pristine wilderness destinations on earth, a vast temperate rainforest where the land and sea exist just as they did thousands of years ago.

Royal route: Alas! Torrential rain and cloud stopped the planned scenic plane and boat tours of the Great Bear Rainforest, but Kate and Will still received a traditional warm welcome from the Heiltsuk and other coastal First Nations communities.

What else: Perfect for adventurers, wildlife photography fans and explorers wanting to connect with nature without having to compromise on comfort.

How to sell: A big-ticket destination, travellers staying in fly-in lodge accommodation can bookend their stays with time in Vancouver and Victoria, or make it part of a fly-drive across Vancouver Island to reach the traditional departure points of either Port Hardy or Port McNeill. 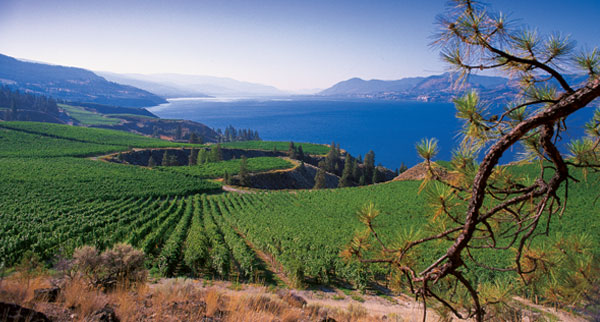 Royal route: Will and Kate took in a women’s volleyball game and unveiled a plaque at the University of BC Okanagan campus. The main event was a Taste of BC gala at Mission Hill winery featuring BC’s celebrity chefs.

What else: Part of the incredibly scenic all-abilities Kettle Valley Railway bike trail, which winds some 375 miles between Midway and Hope over an old railway track bed and wooden trestles.

How to sell: As a fly-drive from Vancouver, the five-hour journey winding through the lower mainland is spectacular. It’s also an easy connection from Banff, Lake Louise or Jasper either driving or via a short one-hour plane journey from Calgary.

“The royal visit showcased wonderful experiences and locations that are lesser known in the UK but are available to tourists. Haida Gwaii and Bella Bella in British Columbia offer a unique First Nations perspective and wildlife-viewing, while in the Okanagan, where the royals went wine tasting, anyone can follow in their footsteps and indulge in a sip or two en route. Yukon, meanwhile, was showcased as a great outdoor adventure destination. We hope the British public have been inspired by the scenery and the friendly welcome the royals received to discover what Canada has to offer.”

Frontier Canada offers a longer version of William and Kate’s trip, including Vancouver, Victoria, three nights at Spirit Bear Lodge, four in Haida Gwaii, two in Okanagan Valley and a visit to the Yukon. Prices start at £6,936 including all international and domestic flights, car hire and full-board stays at Sprit Bear Lodge and Haida House. frontier-canada.co.uk

1st Class Holidays offers a multi-centre combining two nights in Victoria with a city tour, three nights at Spirit Bear Lodge, a night in Vancouver and a two-night Aurora Viewing package in Whitehorse, priced from £2,799, excluding international flights but with all internal flights and transfers, based on travel in August 2017. 1stclassholidays.com