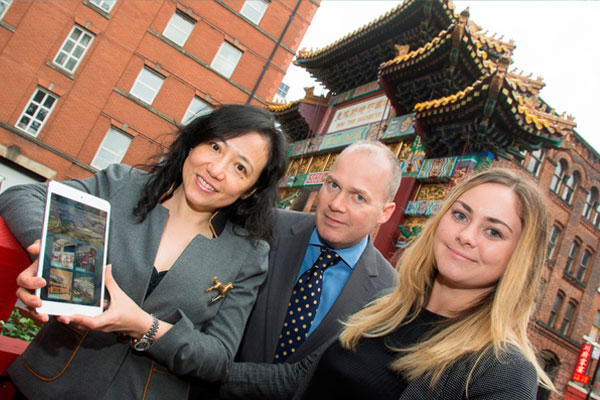 Manchester airport is tapping into the Chinese equivalents of Twitter and Whatsapp to better communicate with the masses of potential passengers in the country and the UK.

The move onto Weibo and WeChat today (Thursday) follows Hainan Airlines starting flights between Beijing and Manchester in June.

Almost 40,000 passengers have travelled on the service with many turning to Weibo and WeChat to communicate with friends and relatives and to interact with brands.

The airport has worked with Chinese digital agency, Red Lantern, to create and develop its presence on the social channels, kicking off with a poetry competition to win £1,000 in flight vouchers with Hainan Airlines.

Manchester airport plans to communicate with current passengers in Mandarin who use the route, but also with the Chinese population across its catchment area that spans as far north as Scotland, south to the West Midlands and across to North Wales, Merseyside and Yorkshire.

This is made up of Chinese students who use the north-west airport to access universities and also the population of people of Chinese heritage. Manchester also has the third biggest China town in Europe.

Airport head of marketing Patrick Alexander said: “What better way to speak to a core demographic and our new passenger base than adopting the channels they know and love.

“Not only can we provide them with relevant airport and airline information, but by using their channels, in their native Mandarin, we can give added value and a better, more targeted, customer service.

“The channels will provide a wealth of content and as we grow and develop our route network to China, in turn the social media channels will also grow.”

Lewis Hannam, founder of Red Lantern, said: “The direct flights between Manchester and Beijing are a significant boost to trade between the two countries, and it’s great that Manchester airport is doing all it can to be the UK’s most China-friendly airport.

“WeChat and Weibo are vital tools in engaging and understanding your Chinese customers. This is just the first step in some innovative moves the airport will make for its Chinese travellers.”

Both the WeChat and Weibo accounts will also feature tourist attraction information in Mandarin for the broader area, as well as video content from local Chinese students explaining why the area is such a great place to visit, and some of its hidden gems.