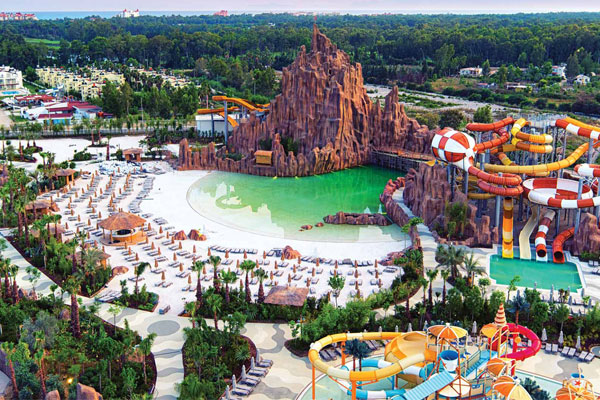 The popularity of a new “luxury theme park” in Turkey will play an important role in reviving UK visitors to the region, the chairman of the Rixos hotel group has said.

Fettah Tamince said the number of British visitors to the group’s Land of Legends theme park in Belek, which opened in July, was increasing and could aid wider Turkish tourism from the UK.

The Rixos Group operates 26 hotels worldwide with 10 in Turkey, three in the United Arab Emirates, three in Egypt, one in Dubrovnik and one in Davos. The Land of Legends resort is home to Europe’s largest water park.

The number of British tourist arrivals to the group’s hotels increased by 25% in 2015 and Tamince confirmed the figures for 2016 are likely to be higher.

Tamince said:  “Turkey has been through many challenges in the last few years but as a hotel chain based in Turkey and around the globe we have increased our share of the UK market.

“We believe Turkey is still not a well discovered destination for British tourists and we want to change that.

“Land of Legends offers the ultimate luxury family experience. The kids are treated like stars and celebrities, it is about engaging them as well entertaining an educating them.

“We are uniting tourists from around the globe, children from Iran and Israel can play together with no political concern.

“It is the same for visiting UK tourists and all families. I know as a father of four children the challenges which come with family holidays but we have changed that.”

In its first three months the Land of Legends theme park saw 500,000 visitors and Tamince believes it will continue to play an important role in drawing British families to Turkey.

Tamince added: “Our success was ensured by our business model. Rixos has created a new lifestyle and a new family destination.”

The hotel group has plans for future luxury family resorts in Abu Dhabi and the Maldives.