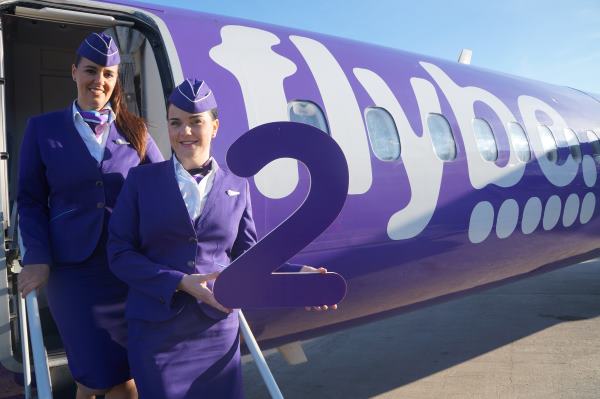 Flybe has marked its second anniversary at London City airport by introducing a new route to Dusseldorf.

The start of the winter schedule sees the regional airline offer a total of 110 flights a week on eight routes from the Docklands airport through to March 25, 2017.

Flights to the German city operate up to three times a day on weekdays and once a day at weekends with single fares starting at £34.99.

The winter network from London City also includes the extension of a service to Cardiff and Paris Charles de Gaulle served for the first time by the airline in winter.

Chief revenue officer Vincent Hodder said: “Our winter programme marks Flybe’s commitment to providing convenient connections for business and leisure travellers from regional markets to and from the heart of London.

“They provide added opportunity for customers to travel to the broadest range of destinations from their local airport.”

The airport’s chief commercial officer Matthew Hall added: “In just two years Flybe has cemented itself as a favourite airline for many London City passengers and continues to be an important partner of the airport.

“The airline offers several popular routes – both domestic and European – which help keep business professionals connected to the capital, with the airport’s advantage of close proximity to central London.

“The introduction of a Flybe Dusseldorf service adds flexibility and choice for passengers travelling between the UK capital and this major German city.”