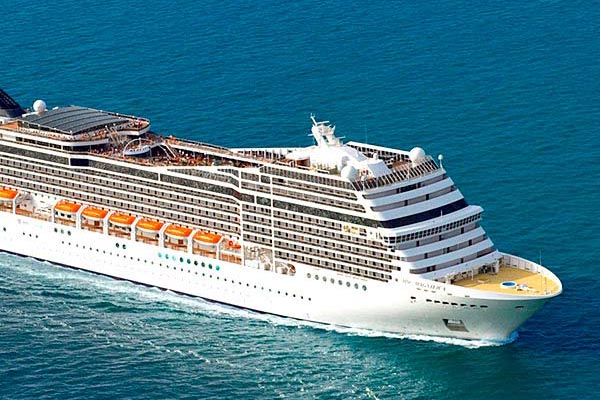 Agents have welcomed the return of MSC Cruises to the UK with Magnifica set to operate the line’s first full season of ex‑UK sailings in 2018.

The 2,500-passenger ship will be based in Southampton from April until November.

MSC offered six cruises from Southampton this year, its first since 2014, but has never before operated a full season from the UK.

“Magnifica is an absolutely fabulous ship and as people become familiar with MSC, interest will be boosted in its new ships, Meraviglia and Seaside,” she said.

“It will complement other products in Southampton, such as P&O, Royal Caribbean and NCL.”

“It would be a big mistake to try to anglicise its cruises,” he said.

“It has a Mediterranean feel and should stay that way. Its success will depend on inclusivity and what will be offered to previous customers, such as drinks packages.”

MSC UK managing director Antonio Paradiso announced the news at an event on board MSC Fantasia in Barcelona on Sunday.

“This marks a new dedication from MSC to the UK market and how we want to be one of the most popular cruise lines in the country,” he said. “We have created itineraries that make the most of the British Isles.”

Magnifica will operate five new itineraries from Southampton including a 14-day sailing calling at Le Havre, La Coruna, Leixoes, Lisbon, Malaga, Amsterdam and Hamburg. It will also offer a North Sea sailing to four Norwegian ports plus a round-UK sailing.

MSC revealed it would be operating its first world cruise in 2019 on Magnifica.