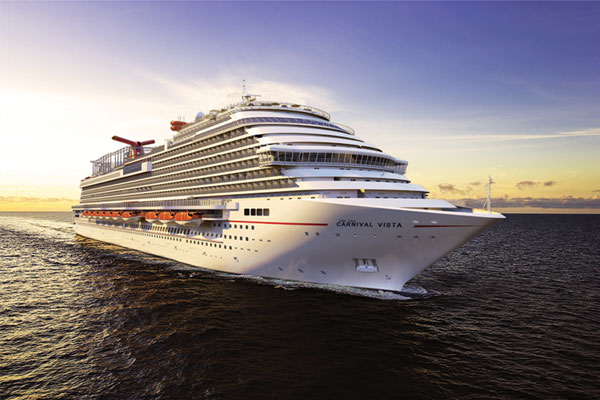 Worldwide cruise passengers are on course to have grown by 10 million in just 10 years.

Clia has released its 2017 ‘State of the Cruise Industry Outlook’, which states increase in cruise travel is expected to continue throughout 2017.

President and chief executive of Clia, Cindy D’Aoust: said: “The cruise industry is responding to global demand and we are highly encouraged by both the short-term and long-term outlook.

“From technological advancements and deployment of new ships to new ports and destinations around the world, the industry continues to respond to the desires of today’s travellers resulting in steady growth and strong economic impact around the world.”

Clia reports that cruise lines are scheduled to debut 26 new ocean, river and speciality ships in 2017 for a total investment of more than $6.8 billion in new vessels.

From 2017-2026 the industry is expected to introduce a total of 97 new cruise ships totalling an estimated investment of $53 billion through 2026.

As part of the 2017 Outlook, Clia forecasted the top eight cruise travel trends that will have the most impact on the cruise industry this year. They are;

– Younger generations will begin to cruise, mainly Millennials and Generation X as they begin to rate cruising above land-based all-inclusive resorts, tours and holidays

– Travel agent use will continue to increase after growing by nearly 80% from 2015 to 2016 according to the American Express Spending & Saving Tracker. Clia has also found cruisers reported a higher level of satisfaction when assisted by an agent.

– As interest in ocean cruising rises, there will be more new customers with 48% of non-cruisers expressing an interest in cruising in the next three years.

– More small and large market port locations are on offer bringing cruising closer to people who are able to drive to their cruise port.

– Cruise travellers are embracing speciality dining and this is bring celebrity chefs to cruising, which in turn will increase customer appeal.

– Demand for expedition cruises is growing at a record pace with Clia reporting some cruise expeditions are regularly selling out.