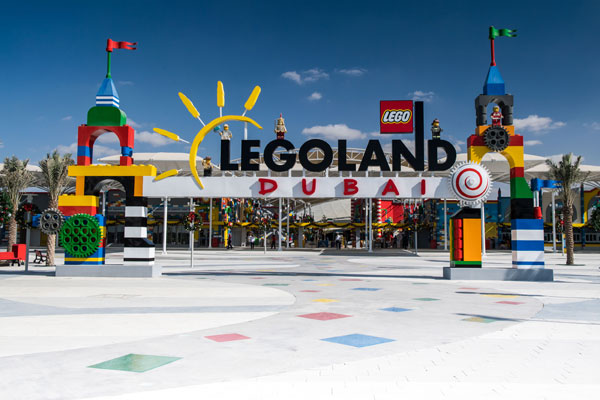 More than 1,500 of the world’s media and Dubai dignitaries attended the formal opening at the weekend of Dubai Parks and Resorts – the Middle East’s largest theme park destination.

“UK agents have been waiting for something like this – Dubai needed something different to stay at the forefront of visitors’ minds. The scale of it is huge and you need at least two days to enjoy the entire resort.

“People will stay in Dubai for longer and can add on visits to other attractions here.” He highlighted the safety aspect of holidays in Dubai, which would particularly appeal to the target market of families.

Some attractions are not yet open, including the DreamWorks and Lionsgate zones at Motiongate, but he said everything should be open by the end of this year or early next year.

Shah added: “The UK is a key source market – it is the third most important overseas market after the Gulf region and India.

“Agents can tell customers there is nothing else like Dubai Parks and Resorts – it has the first Bollywood theme park in the world, and the Motiongate park features characters from film franchises such as Shrek, Ghostbusters, Madagascar and The Hunger Games.

“The Legoland is very different to Legoland Windsor and other Legolands, and the Miniland is indoors so more people can visit in the summer.”

Customers can buy packages with accommodation at Lapita Hotel, an onsite Polynesian-themed hotel, part of the Marriott Autograph Collection.

Fam trips and training courses are planned for UK agents and packages are available from operators such as Travel2, Gold Medal, Kenwood, Thomson and Virgin Holidays.

Located between Dubai and Abu Dhabi International Airports, the resort expects to receive 6.7 million visits in 2017.

A special opening offer of £65 per day for a three-park ticket is available for visits until January 31.