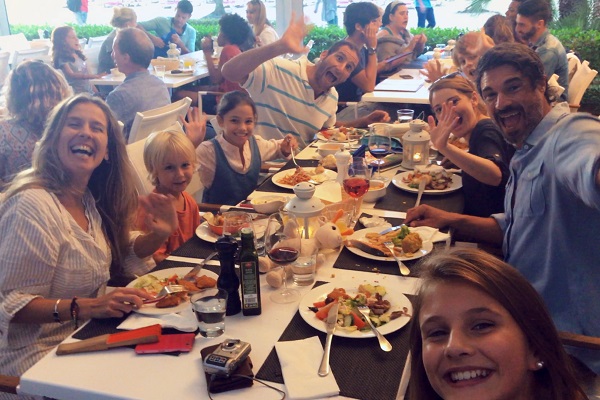 Thomas Cook’s turn-of-the-year advertising campaign has been designed to tell customers they can make a holiday meet their needs.

It uses the strapline You Want We Do as a throwback to its company motto ‘customers at our heart’ and to tell families about the options.

The fast-paced 30-second clip features 24 split-second scenes – some filmed by the production team and others submitted by holidaymakers and is played to the tune of The Temptations’ classic Get Ready, covered by London-based singer songwriter Stella Talpo.

There will be separate adverts specifically focussing on Cook’s own-brand hotels; Sentido, Sunwing, Sunprime, SunConnect and smartline as well as adverts highlighting different types of holidays on offer, such as cruise and city.

The ads will focus on what the hotels do differently, such as long lie-ins at Sentido hotels, at which breakfast is served until lunchtime.

Jamie Queen, Thomas Cook Group’s marketing director, said: “It would be easy for customers to think package holidays are one-size fits all, but that’s far from the case.

“We wanted to show what customers experience on holidays and show what Thomas Cook does to make sure you have a great holiday.”

It will first air on Christmas Day during the advert break of The Lion King on ITV in Cook’s key regions, again during Coronation Street’s interval and on Channel 4 in the break between Travel Man: 48 Hours in Florence.

It will go online earlier, on December 23.

Queen explained the changes in marketing with the continued growth of social media.

He said: “People are spending more time consuming media or entertainment via YouTube and Facebook. You only have to look at Carpool Karaoke to see how people are consuming traditional TV in those channels.”

Without revealing specific details, Queen said Cook has gone with the times, with a growing emphasis on social media and on-demand TV.

“We are targeting our customers where they are,” he said. “And their behaviour is moving towards more video on demand, content that is available when they want to watch it.”

The new campaign – which will be shown across all of Thomas Cook’s markets in the watching country’s mother tongue – follows last year’s Cook ad featuring a boy swimming in a pool with a shark fin, the firm’s most liked and most shared advert ever.

“Last year’s campaign celebrated customers being carefree and indulgent on holiday while we took care of everything,” said Queen. “This year, the customer remains at the very heart of the campaign while celebrating and acknowledging their individuality and reminds them that whatever type of holiday they want, Thomas Cook can offer it.

“We hope it makes people smile, laugh and consider what they want from their next break away.”