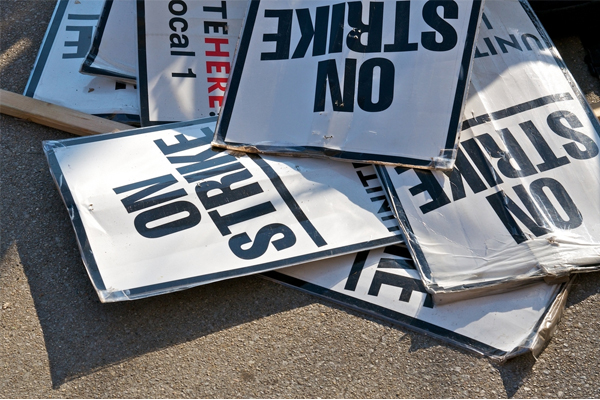 A threatened strike by Swissport workers at 18 UK airports has been called off after successful talks over pay.

The walkout would have involved 1,500 members of the Unite union working as baggage handler, check-in staff and cargo crew.

The 48-hour strike was due to start on December 23.

He said: “I am delighted to report that we have reached an agreement which our shop stewards will recommend to our members.”

It claimed “detrimental” changes to terms and conditions were linked to the deal as well as an overtime pay freeze and pay restructuring.

British Airways said: “We are pleased that members of the Unite union employed by Swissport, who work on behalf of airlines, have cancelled the industrial action planned for 23 and 24 December.

“As a result, we will now be operating a normal schedule on these days.”

However, the airline still faces the prospect of a strike by certain cabin crew on Christmas Day and Boxing Day but plans to run a full schedule on both days.

Following the Swissport dispute breakthrough, McCluskey said: “I call upon British Airways to pay heed. This union is clearly open to reasonable negotiations.

“We sincerely hope you take a leaf out of Swissport’s book and meet our members halfway on what is also a very just cause, the call for a living wage and equality for these young workers.”

Talks aimed at averting a planned strike by BA “mixed fleet” cabin crew are due to resume today (Wednesday). The action could involve up to 4,500 staff on contracts who joined the airline since 2010.

McCluskey described negotiations with BA about pay and conditions as difficult and said progress had been “painfully slow”.