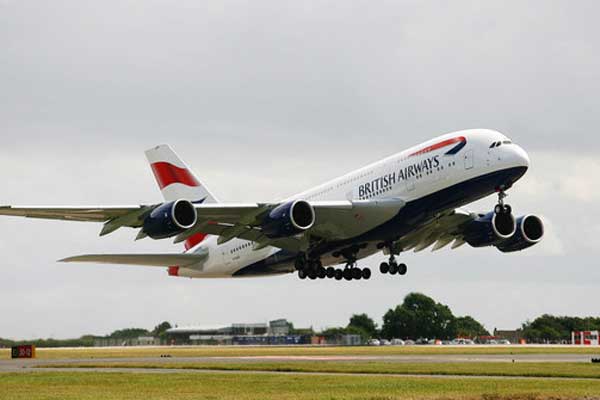 Flight attendants on board a British Airways Airbus A380 aircraft reportedly vomited, became “spaced out” and had to use emergency oxygen after suspected “toxic fumes” were detected in the cabin.

At least one crew member became so ill that he curled up on the floor and put a blanket over his head, a leaked internal report to The Sunday Times revealed.

Others displayed bizarre behaviour including “stuffing” food into their mouths while using oxygen masks and wandering around “lost” in the cabin.

The report is reported to have been written by the cabin service director, the most senior grade of flight attendant, who was in charge of the 22-strong cabin crew on a BA flight from San Francisco to London on October 25.

Crew detected a strong noxious smell similar to burning plastic about 40 minutes after take off and the flight was diverted to Vancouver.

The captain declared an emergency, telling air traffic control that the problem was “toxic gas-type fumes”. After the aircraft landed safely, all the flight attendants and the three pilots were taken to hospital.

The leaked report describes how 12 crew members displayed symptoms that gave “cause for concern” and that eight of the nine crew members on the upper deck plus the captain used emergency oxygen.

BA later described the incident as an “odour event”, prompting claims by the Unite union that it was downplaying the health risks of potentially toxic fumes in aircraft cabins.

BA said its engineers had inspected the aircraft in Vancouver and “no fault was found”.

The airline added: “The safety of our customers and crew is always our top priority. We have shared our detailed and thorough investigation with the Civil Aviation Authority and fully comply with all safety regulations.”

Airbus said its aircraft are designed to “provide the highest level of cabin air quality”.