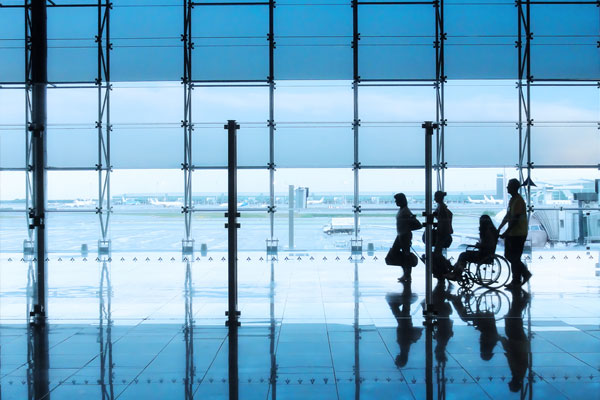 EasyJet has come under fire from the BBC’s security correspondent for the time it takes airlines and airports to assist disabled passengers off aircraft.

Frank Gardner says he was still waiting for help to disembark his flight at Gatwick when the aircraft was about to be cleaned.

Gardner, who uses a wheelchair, said the incident was “a generic problem” at UK airports, not an exception.

EasyJet apologised and said it had raised the issue with the firm which provides special assistance at Gatwick.

Gardner, who was returning from the French Alps on Sunday night, said he was left waiting for assistance for 20-30 minutes after landing at the airport.

He was still on the aircraft long after the other passengers had left.

Gardner tweeted while he waited for assistance, saying he has since been contacted by disabled passengers who have shared his experience.

He said disabled people were frequently left waiting for assistance when flights landed at gates without a passenger boarding bridge, or air bridge.

He said he had been told airlines often choose not to land at boarding gates with retractable walkways to save money.

Instead, passengers are given assistance by a portable platform, called an ambulift, which at Gatwick is provided by outsourcing group OCS.

Gardner has used a wheelchair since being shot six times by militants while reporting in Saudi Arabia in 2004.

He said he last filed a complaint about the issue in 2009, after which he received a letter of apology, but the problem was now “tedious” and was not confined just to easyJet or Gatwick.

He added: “I am pretty cynical about this because I have been travelling with a wheelchair for 12 years and I’ve not seen any improvement.

“Nothing will change unless there is perpetual bad publicity, or there are financial penalties.”

An easyJet spokeswoman told the Guardian the airline was “sorry that Mr Gardner was delayed disembarking upon arrival at Gatwick.

“We have taken this up with OCS who are the special assistance provider to all airlines at London Gatwick airport and are in contact with Mr Gardner about his experience.”

OCS told Gardner it had conducted a survey of more than 500 disabled passengers, which recommended more collaboration between airlines, airports and service providers.

Steven Wheeler, customer services director for OCS, said: “Airlines, airports, baggage handlers and PRM service providers such as OCS Group are all committed to excellent customer service but it is clear that we need to collaborate more effectively.”