Travel agent and cruise blogger partners, Jonathan Howitt and Robbie O’Grady have fulfilled a long-held ambition to open a ‘ship’ shop. Harry Kemble learns about The Cruise Room in the Wirral.

Q. Tell us about the first cruise you took together seven years ago?
A. Robbie: Jonathan took me on Thomson Celebration. I’d heard a bit about cruise, but I didn’t think it was something I’d do until I was a bit older. I was completely bitten by the bug. It led me to think, ‘if that happened to me, what about other people who had similar stereotypes of cruise?’ If people have a positive first experience, they’ll be a cruiser for life. That is key. I started to think about writing the occasional blog post. That has grown and The Cruise Room’s Irish Facebook page now has 8,500 followers. Given 40,000-50,000 Irish people cruise per year, we’ve got a large following.

“People want something local and somewhere they can talk through any questions they might have.”

Q. Why did you decide to launch a cruise agency?
A. Robbie: Opening a cruise store is something we’ve always wanted to do. It’s a big jump, particularly with the security of not earning a regular wage and, in my case, having worked for the Irish health service for 23 years. There were no guarantees with the market either. Certain forces of change have occurred both in the world and for personally to us over the past 18 months which have given us the push we needed. We’re both experienced at working with agencies and we thought we could do it better. People want something local and somewhere they can talk through any questions they might have. 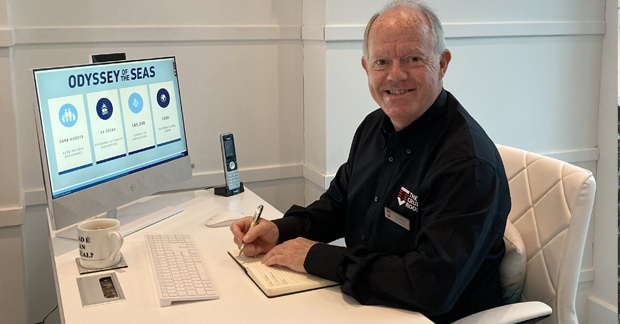 Q. Do you plan to recruit anyone?
A. Robbie: We only opened this month and both of us are looking to get up to speed. Cashflow will be an issue initially. We’re very keen to recruit and fully expect to. At first, we’ll more than likely look at people who have lost their jobs in the cruise industry. We have a vision for more stores too. This is the first ‘ship’, if you like, there will be sister ‘ships’ elsewhere in the UK and Ireland. We need to get up and running here and get our name out across the market and in the media. The aim would be to add a store or two over the next year. I’m particularly keen to launch to the Irish market so I’m pushing for our next store to be in Ireland, ideally Dublin. Maybe we could meet halfway and open in Northern Ireland?

“We have a vision for more stores too. This is the first ‘ship’, if you like, there will be sister ‘ships’ elsewhere in the UK and Ireland.”

Q. Do you have plans to sell land-based holidays?
A. Robbie: We’re a cruise specialist and our focus is on the cruise market – luxury, expedition, ocean and river sailings. We won’t market land holidays, but if one of our customers is looking for one we’ll help them with it. We’ll do cruise-and-stay and cruise-and-land holidays. 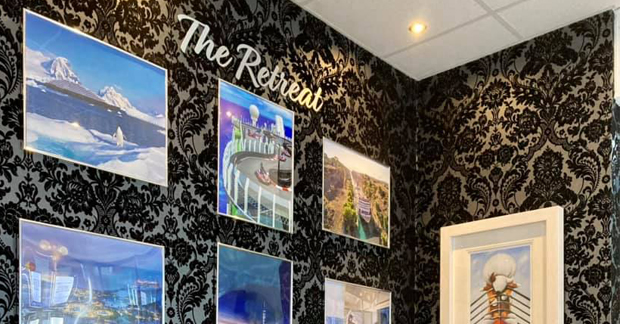 Q. What was it like opening during the pandemic?
A. Robbie: A lot of people said we were crazy, but I prefer the term ‘brave’. People are really pleased to see us. It feels like the right decision, certainly with the support we’ve got. We’ve been working on this for a year since Jonathan, who is from the Wirral, was made redundant from his head of cruise role at [Irish tour operator] Topflight.

Jonathan: I went into that job to build a cruise department and had a team of three. After I was made redundant, I started engaging with suppliers about opening up a cruise store. I must have talked with 40 suppliers. I’d built up a lot of contacts.

“A lot of people said we were crazy, but I prefer the term ‘brave’. People are really pleased to see us. It feels like the right decision, certainly with the support we’ve got.”

Robbie: We’ve made about eight bookings so far and we’re very happy with that. We’re still finding our way with the new system supplied by Barrhead Travel’s Brilliant Travel. The sailings around the UK are proving popular, but we do have bookings for 2022. The changes around the traffic light system have prompted more enquiries about UK cruise holidays. For a lot of people the British Isles cruises were a fall-back. A lot of enquiries have tended to be for this summer. There’s never been such a big opportunity as this summer to sell cruises here in the UK.

Q. Is The Cruise Room a member of Clia?
A. Jonathan: Yes. I’ve got the Master’s certificate, which will be displayed on the wall. It shows that we’re experts. A Master is basically the highest qualification level an agent can achieve, but I don’t go around saying “I’m the master of cruise”!

“The sailings around the UK are proving popular, but we do have bookings for 2022. The changes around the traffic light system have prompted more enquiries about UK cruise holidays.” 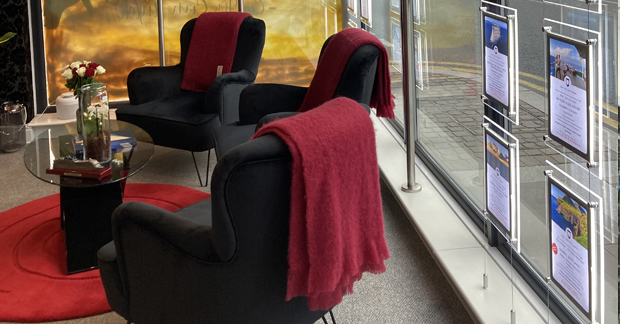 Not your average travel agency

We always wanted to do something slightly different when we opened this store. When you walk into some agencies you could be being sold anything. We really wanted our shops – or our fleet, I should say – to be a bit different. So when you enter the shop, you’re stepping ‘on board’ a ship.

We’ve got a lounge area which we call The Retreat. We’ve got ocean sounds playing in the store and smells from faraway places like the Seychelles, created by atomisers. There are portholes that show different ports of call. We had [Royal Caribbean’s private island] Perfect Day at CocoCay yesterday and we’ve got the Bahamas today. When it’s a ‘sea day’, we have the sea.

Jonathan and I have two uniforms – one for a casual night during a cruise and one for a formal night. We’ve even got a boutique store to sell The Cruise Room merchandise. The doormat shows the day of the week when you step on it, like the panel you get in a lift on a ship – we change it every day. It’s really important to us that people feel like they’re on a cruise.

Interview: Covid was a stress-test of safeguarding