Seven agents made the trip to Andalusia as the UK government plans to ditch quarantine on return from amber-list countries. Juliet Dennis reports.

A fam trip to Spain has meant Designer Travel’s homeworkers can now confidently reassure clients about travel to amber destinations, according to managing director Amanda Matthews.

Matthews and fellow agency owner Karen Pocock decided to travel with five of their homeworkers to new five-star resort Ikos Andalusia on the Costa del Sol for five days.

While the Balearic Islands have been added to the green list, mainland Spain is currently on the amber list and the Foreign Office currently advises against all non-essential travel to the country (except for the Balearics and Canaries, see below).

Matthews said: “We have a lot of clients who want to travel to amber destinations and they accept they have to isolate on their return. I felt we needed to experience it ourselves.” 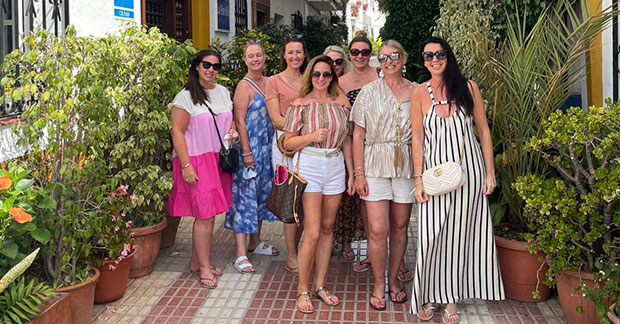 The company was originally due to host 80 agents for its own conference at the resort in April, but had to cancel in January due to restrictions on international travel. A rearranged date in June was also dropped when airlines cancelled flights. Instead, a small fam trip took place this month following the lifting of restrictions on May 17.

Despite the group’s easyJet flights being cancelled out of Manchester, the agency managed to rebook for all seven to go, travelling on different flights: British Airways out of Heathrow, Wizz Air from Luton and Ryanair out of Liverpool.

Matthews admitted it would have been easy to give up after the Manchester flight cancellations, but said: “We persevered. I felt it was really important to go on this trip.

“A lot of people have not been away or travelled, including our own team. They have all now realised you can have a normal holiday and it’s not against the law.

“We did our research and there were very few Covid cases in this region; we would never put our staff at risk, and they were all keen to go.”

We don’t force any decision on clients but as travel agents, we are now in a more informed position

Matthews said she had “no regrets” about the trip, despite the extra cost of around £140 per person in Covid tests, because so many of the agency’s clients want to travel to amber destinations and would now benefit from the reassurance of homeworkers’ first-hand experience.

She said: “We don’t force any decision on clients but as travel agents, we are now in a more informed position. 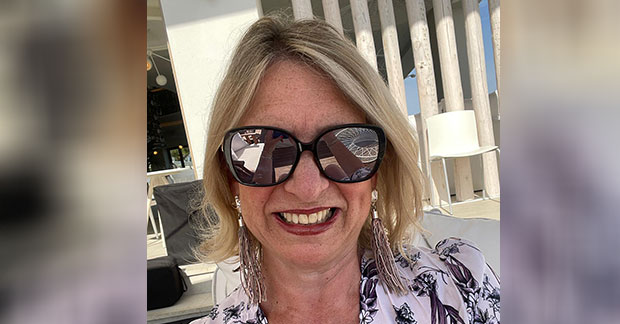 “I would not change anything we have done. Everyone is entitled to their opinion and we take responsibility for our actions.”

But she admitted she had no idea if the trip would backfire and whether travelling to an amber list country would prove stressful.

She said: “Having not gone through all the hoops before, I didn’t know whether coming here would have been a lot of hassle or whether it would be worth it for clients.

“I’m so glad I have done it. There was zero hassle. It has been so well organised and well managed. Even when we landed, they gradually let seat rows off the flight and at no point were we in huge airport queues.

“We had our temperature taken and then the luggage was there and we were out within 25 minutes.”

While on the trip, the company even saw bookings to amber destinations confirmed by clients.

“We had clients ring us while we were away,” said Matthews. “And after we explained it all to them, they wanted to travel. The problem we are now having is operators cancelling holidays and flights, so we are having to rebook clients on to other flights because they still want to go.” 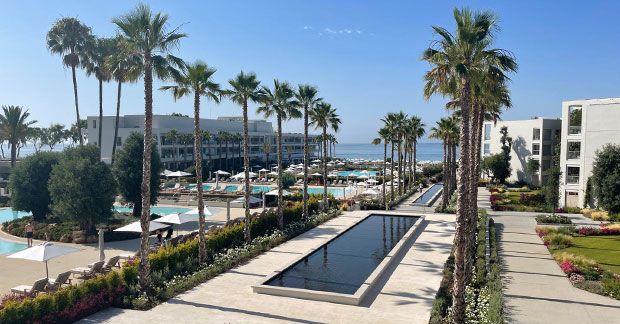 The group toured and experienced 400-room Ikos Andalusia, the group’s first in Spain, and took a guided trip around Marbella’s old town nearby.

Matthews described the beaches as empty and locals “so happy” to see tourists. She said: “The experience has been brilliant.”

The trip also gave the agents a chance to reconnect and share their experiences of the past 15 months, and underlined the benefits of taking time out to go on holiday.

She said: “It’s given us all head space. The team has loved sharing experiences and our posts on social media have inspired other members of our team in their sales.”

The group has not had any negative feedback despite numerous posts on social media about the trip, said Matthews.

“I expected some, but there’s not been one negative comment. People realise we have taken all the tests, most of us are double-vaccinated, and that we are testing this out,” she added.

I’m so glad I have done it. There was zero hassle. It has been so well organised and well managed

News that the government is now planning to drop quarantine on return for double-vaccinated travellers to amber destinations ‘later in the summer’ was welcomed by Matthews as a “sensible” approach.

“It means the potential for travel this summer could increase and the world will open up more. There is plenty of pent-up demand,” she said.

Designer Travel homeworkers gave their views on the trip

“I was anxious about travelling, but it was an absolute breeze. I was panicking about getting the QR code in time for my Passenger Locator Form, but I got the code instantly. When we arrived at the hotel I did a lateral flow test as I’d only had one jab; the hotel arranged it all. I feel much more confident about travel now and can reassure my clients as it was so easy and stress-free.”

“It was very quiet in resort and everything was open. The hotels and restaurants were so happy to see tourists returning. It was lovely to have some ‘normality’. We’re planning to come back at the end of July and rent a villa.”

“The night before we left I didn’t sleep well, thinking I’d forgotten to do something. It was actually so straightforward. I felt more safe there than I do in my local Sainsbury’s! We’ve had such a positive experience that isolating at home is a small price to pay.”

“At the airport it was structured and organised; we travelled with ease. The trip has been a delight after such an horrific 12 months. We’ve been sharing stories and it’s been a release to be able to talk about it. One of my clients saw my Instagram post and has now decided to book Greece in July because she’s seen me do it.”

Interview: ‘We want to be the Davos for travel’