A new chapter begins for me as we once again have to quick‑step through the new travel rules, says Hays Travel branch manager Colin Burns.

I’m not the most popular man in Washington at the moment. After five years working with my wonderful team, I’m moving to a different branch of Hays Travel in Gateshead, Tyne and Wear.

It was a decision that got me thinking about our working environments and the people we work with.

I’ve told many stories about the fun and laughter my Washington team and I have shared, from tales of the wrong shade of tights to pineapples and underwear jammed in safe doors. Of course, it wasn’t always like that and we had our fair share of tough times too.

“We held each other’s hands throughout and, at times, clung on to one another for dear life as we rode the Covid rollercoaster.”

We learnt a lot about each other, especially over the past two years, when at some time every one of us had been near breaking point. That said, any minor disagreements or bickering would be quickly forgotten as the whole team would rally in support of their co-workers when needed (Mary, with her counsellor training, was invaluable).

We held each other’s hands throughout and, at times, clung on to one another for dear life as we rode the Covid rollercoaster.

The past five years have seen tears and tantrums, stresses and strains and, most of all, love and laughter with people who are not just colleagues but genuine friends. I feel really lucky to have worked in such a brilliant environment.

Leaving my team behind was the most difficult part of my decision. I’d like to bet there are many of you out there who, if you stopped to think about it, would feel the same.

“The past five years have seen tears and tantrums, stresses and strains and, most of all, love and laughter with people who are not just colleagues but genuine friends.”

For me, a new chapter begins in a new town with a new team and new customers – although this is actually my third stint in Gateshead, having worked here with Co-operative Travel in the 1980s and 2000s.

So far I’ve been made to feel really welcome. Janelle, Abbie and Charlotte are responding positively to my ways – one of them almost laughed at one of my dad jokes the other day – so the signs are good for the future. And I hope to be reacquainted with some faces from the past. In fact, I’ve already spoken to one of my former customers. I recognised her as soon as she came in. After a few minutes’ chat, she said, “Eee, Colin, what happened to your hair?”

In among all my changes, there are some things in travel that remain the same. Just as we were thinking “normality” had returned and sales were close to pre-pandemic levels, we’ve all been hit with more rule changes and restrictions, bringing back uncertainty and confusion.

I get why such measures are necessary but they still come as a shock. You go home from work on a Saturday thinking everything is fine but then, before you settle to watch Strictly, the travel world is suddenly in turmoil and you’re thinking “here we go again”. We should probably be used to it but it’s so frustrating.

“You go home from work on a Saturday thinking everything is fine but then, before you settle to watch Strictly, the travel world is suddenly in turmoil and you’re thinking “here we go again”.”

In the main, customers have been understanding – even if they’re angry with the UK and some overseas governments for ruining their holiday plans again.

Will we ever get back to normal? I think there’s more chance of me dancing a tango and getting a ‘10’ from Craig Revel Horwood. 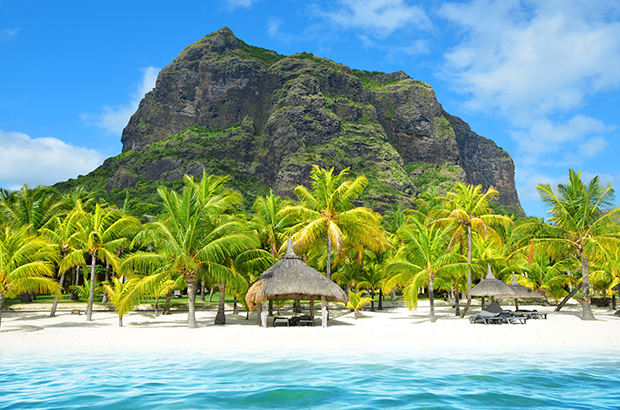 A regular customer came in to the Gateshead branch to book a 2022 holiday to Mauritius. I introduced myself as the new shop manager and we had some great banter and I established a good relationship with her. Once the booking was all done and paperwork issued, she stood to leave and said she was off to tell the family that she was going skiing again. I was a bit confused by this – Mauritius is not renowned for its snow, after all. But then she explained  and it all became clear. “You know…SKI…Spending the Kids’ Inheritance.” With a sense of humour like that, I’m sure this customer and I are going to get on just fine.