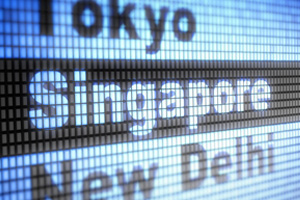 Governments in the Asia-Pacific region have been “spooked” by the surge in Covid-19 in Europe and there is “no point” in pushing for borders to re-open at present.

That is according to Association of Asia Pacific Airlines (AAPA) director general Subhas Menon, who warned the re-opening of borders would be tied to vaccine distribution.

Menon said: “The border requirements are desperate. It’s like a labyrinth if you want to travel.”

Speaking at a CAPA Centre for Aviation online summit, he argued: “Governments are spooked by the surge in virus cases in Europe and America as well as by the virus mutations.

“They have become more stringent with border controls. Almost every country in Asia has introduced huge restrictions on travel, banning people from coming in from specific countries.”

Menon noted: “Passenger traffic was showing some signs of life towards the end of 2020 and there was a lot of optimism because of the start of the roll-out of vaccines.

“[But] everything came to an abrupt halt at the end of 2020. In January we saw the numbers race backwards.”

He insisted: “At the moment, there is no point in pushing for borders to reopen because all governments are focused on trying to get ahead of the virus spread. “

Menon added: “The industry is investing a lot of time and resources coming up with a smart travel solution that puts public health information, accreditation of testing centres, vaccination labs, authenticated certification and standardisation of documents, as well as border access authorisation together.

“There are several apps already in the offing. They are all interoperable, but that is as far as the industry goes.

“What we need on the government side is for them to come together to standardise the documentation for certification, as well as agreement on how border controls are to be part of this.”

He noted the International Civil Aviation Organisation (ICAO) “is spearheading this”, adding: “The World Health Organisation [WHO], the European Centre for Disease Prevention and Control as well as the US Centers for Disease Control and Public Health England are all involved in this process.”

But Menon argued: “It will require a multilateral agreement between governments to go ahead.

“Even if ICAO and the WHO come up with a standard, we still need governments to accept and implement it.

“The process will take a bit of time, but we have time, unfortunately, because it will take time before the vaccine is distributed.”

He said: “The timeframe for borders to reopen is really tied to immunisation and to understanding transmissibility, whether vaccines also address that.

“At the end of the day, travel will probably reopen when there is vaccine equity, when vaccines are distributed to a majority of populations.”