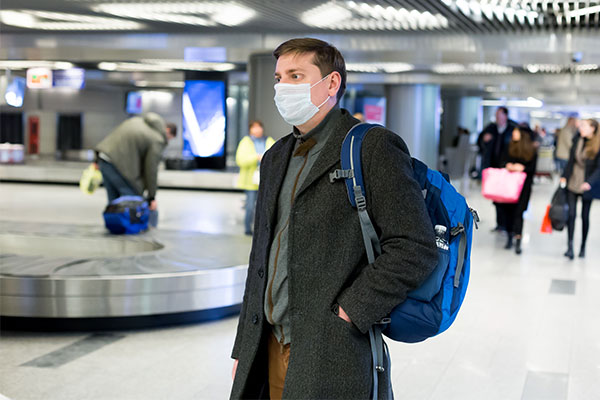 Scientists and politicians have renewed calls for tighter border checks as the government prepares to unveil fresh restrictions on those arriving in the UK.

Sky News and the BBC report that health secretary Matt Hancock will say in a Commons statement that, from next Monday (February 15), all passengers arriving in the UK will be required take a test on days two and eight of their isolation.

The “test to release scheme” where travellers from non-red list countries can leave home isolation after a negative test on day five will stay, added the BBC.

The government has not confirmed whether passengers will be expected to use the“gold-standard” and more expensive PCR tests or cheaper lateral flow devices.

The new rules are tipped to start at the same time as mandatory hotel quarantine for those arriving from 33 so-called Red Zone countries.

The UK already requires all arrivals to have a negative Covid test within the previous 72 hours, taken while still abroad.

Labour leader Keir Starmer warned that the spread of the South African variant was the single biggest threat facing the UK.

And Yvette Cooper, the former shadow home secretary, told the Guardian it was alarming that over half the countries with cases of the South Africa variant were not on the UK’s “red list”.

She said there were “far too many holes” in the government’s border policy, which permits most new arrivals to travel on public transport to their homes to isolate and does not test on arrival.

Labour’s shadow home secretary, Nick Thomas-Symonds, tweeted: “Yet again the UK government is lurching from one crisis to another, with no consistent strategy to secure our borders against Covid variants.

“21,000 people are entering the country every day. We need a comprehensive hotel quarantine system urgently.”

Prime minister Boris Johnson said on Monday that border controls are “most effective” when the rate of infection is lower.

“For border controls really to make that final difference, so you can isolate new variants as they come in, you need to have infections really much lower so you can track them as they spread,” he said.

Conservative MP Neil O’Brien, who co-chairs the party’s policy board, said he backed a toughening of the measures as new threats emerge.

“Covid is likely to bounce around the world mutating for some time. Once in place, we can steadily toughen these border controls as appropriate,” he wrote on ConservativeHome.

“The prize of us getting back to normal life in the UK seems worth the price of inconvenience for travellers; if you hate lockdowns, you should back the toughening of borders.”

The Guardian reported that some scientists say that blanket hotel quarantine should be imposed for all UK arrivals to prevent variants spreading.

However, Muge Cevik, a clinician in infectious diseases at the University of St Andrews and a member of the government’s New and Emerging Respiratory Virus Threats Advisory Group (Nervtag), said there was too much emphasis on variants coming in from other countries and suggested the UK was right to concentrate on internal suppression.

Paul Charles, founder of the PC Agency, commented on Twitter: “As #UKGov introduces the “travel triple test”, at passenger expense, for anyone entering from 15th Feb, airlines will further wind down operations from mid-Feb to end of March. @RishiSunak will have to extend furlough for the travel sector due to forced shutdown.”