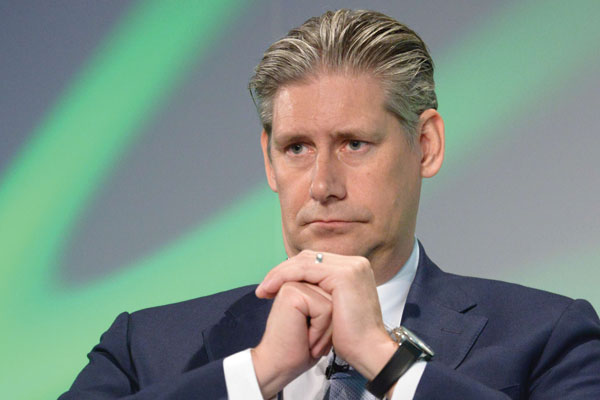 The industry “can have a strong summer” but the restart of international travel could be ‘stop‑start’, easyJet chief executive Johan Lundgren has warned.

Lundgren said businesses need to accept restrictions will remain when travel resumes, as the government and its Global Travel Taskforce work towards an earliest start date of May 17.

Speaking on a Travel Weekly webcast, Lundgren said “you have to accept there need to be restrictions” where a destination remains on the ‘red list’, although he acknowledged retaining quarantine “will have an impact on confidence to some extent”.

But Lundgren warned of a “nightmare” without coordination, saying: “Governments can get the same advice and take different positions in different countries.

“Across the many countries we operate in, it’s not coordinated. The nightmare is they do everything with different approaches and make it utterly confusing for customers and highly difficult to operate.”

He said: “The ministers in each country I speak to recognise the need to come up with a joint approach.

“But countries which depend on tourism will probably say ‘We can’t wait’. As soon as one or two major destinations open up, it’s going to create tremendous pressure on everyone else to follow.”

Lundgren warned it could be a “stop-start” summer, but said: “If it is stop-start, it should be on a targeted basis, on a route or destination basis. There could be a regional stop-start.

“Nobody believes there will be a full lockdown.”

He insisted: “I’m positive we can have a strong summer.”

The easyJet chief also criticised the lack of coordination between Westminster and the devolved administrations, particularly Scotland, saying: “They’ve been looking at the same figures as the British government which came up with a roadmap and they decided not to. It’s not great, to say the least.”

Abta chief executive Mark Tanzer agreed, saying: “We would like regionally specific Foreign Office advice. This is about the risks to individuals when travelling overseas.”

He said the restart “is not going to be a complete change on a single day. It’s going to be a phased process. All the different elements need to come together. How does evidencing vaccination work with testing and how does that impact on quarantine restrictions?”

He acknowledged: “Quarantine is a big deterrent for people. If we can move away from that, we’ll get moving a lot more quickly. If we can establish low-risk corridors with countries with similarly high‑vaccination or low-infection rates and reduce the quarantine requirements, that would be good.”

An industry source described the taskforce as “a big piece of work” and said: “The digital aspect is one of the most important. We can’t build a recovery at scale without having digital solutions. Whatever the government decides, we need to operationalise the process. If we can’t, it won’t count for much.”

The source added: “We’re going to see a tiered approach. We don’t know yet what countries will look like in July or August.”