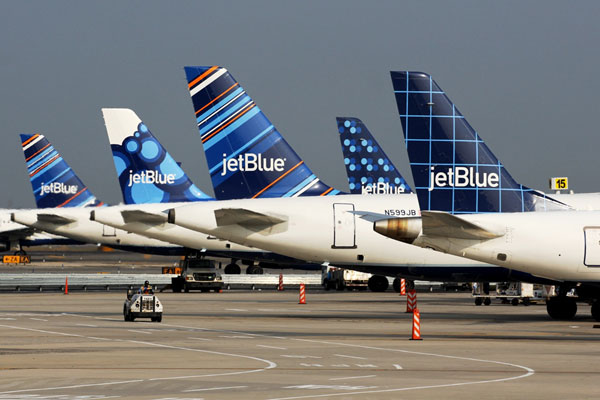 US low-cost carrier JetBlue has been granted regulatory approval in the UK, the Civil Aviation Authority (CAA) has confirmed.

The airline plans services from London to New York and Boston in the third quarter of 2021, but has not confirmed which airport it will operate from.

It has however unveiled its seating for its first transatlantic flights, which it promises will offer “much cheaper” fares than existing services between the UK and US.

The CAA said: “The UK Civil Aviation Authority can confirm that it has today provided regulatory approval to the US-based airline, JetBlue, which will enable the airline to operate transatlantic routes between London, New York and Boston.

“This approval marks the first scheduled foreign carrier permit that has been issued to a new operator since the UK’s exit from the European Union.

“All non-UK air carriers that wish to undertake commercial services to, from or within the United Kingdom are required to hold a Foreign Carrier Permit before any flight is undertaken.”