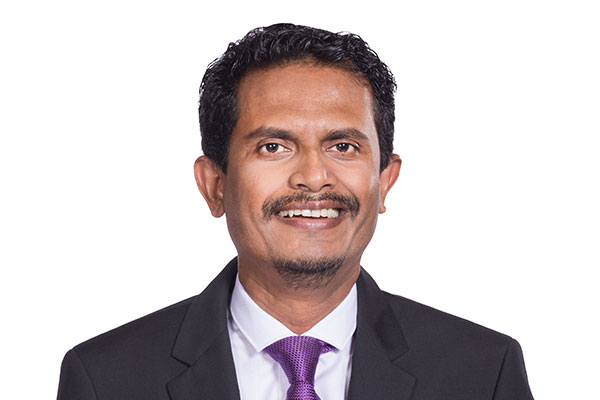 A new UK and Ireland general manager has been named by Singapore Airlines.

Mohamed Rafi Mar replaces Sheldon Hee, who has been posted back to head office in Singapore after five years in the UK.

Mar has held the posts of vice president cargo sales and marketing and vice president commercial for regional subsidiary SilkAir, which is being integrated into SIA. His 27-year career with the carrier has seen him posted to the US and Germany.

In his new role Mar will be responsible for sales, marketing, PR, finance, reservations, ticketing and HR, plus the airline’s airport operations at Heathrow and Manchester.

Planning is ongoing for the eventual relaunch of Manchester services, while this year sees the 50th anniversary of flights between London and Singapore in June.

SIA’s Singapore-London passenger and cargo flights have continued throughout the pandemic but planning for “ongoing careful expansion” of these services continues.

Mar, who takes charge of a team of 100 in London, said: “Obviously it is currently a strange and difficult time for everyone and our industry is certainly no exception in having many challenges to face and overcome.

“With adversity also comes opportunity, however, and already Singapore Airlines has been contributing to the industry’s innovation, just last month being the first airline in the world to trial the new Iata Travel Pass on flights between Singapore and London.

“I look forward to continuing to champion the UK as a prominent destination within the expansive Singapore Airlines network and to ensuring we contribute strongly to the UK and its renowned aviation sector as a whole.”