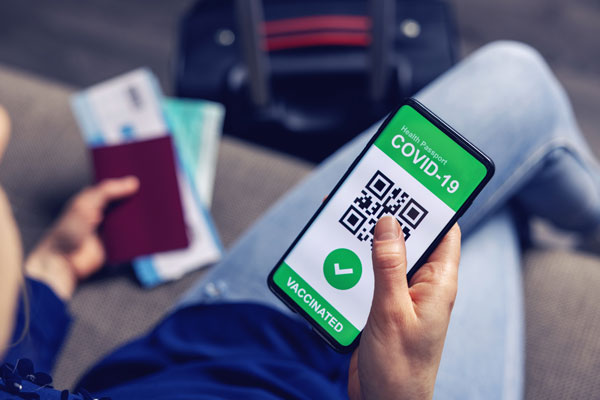 The World Health Organisation (WHO) has restated its opposition to vaccination certificates for travellers ahead of reviewing its position at a meeting next week.

EU leaders pledged to develop certification “as a matter of urgency” at a summit on March 25 and tourism ministers from 13 EU states subsequently met to discuss the roll-out of a ‘digital green certificate’ showing the Covid-19 status of travellers.

It’s understood a first phase will focus on certification of test results and Covid-19 recovery status and a second phase in June on proof of vaccination.

The head of the European Data Protection Board (EDPB), Andrea Jelinek, said: “Any measure adopted at national or EU level that involves processing of personal data must respect the general principles of effectiveness, necessity and proportionality.

“The EDPB and the European Data Protection Supervisor (EDPS) recommend that any use of the Digital Green Certificate by member states must have an appropriate legal basis in member states and all the necessary safeguards.”

Wojciech Wiewiorowski, head of the EDPS, said the use of the documents should be restricted, arguing: “It must be made clear that the proposal does not allow for, and must not lead to, the creation of any sort of central database of personal data at EU level.”

The World Health Organisation said again on Tuesday that it does not support vaccine passports as a requirement for international travel.

WHO executive director of health emergencies Mike Ryan said that while the WHO supports vaccination certificates for health reasons, it does not support their use “outside the health space”.

Ryan said: “WHO has made a temporary recommendation, through the emergency committee of the International Health Regulations [IHR], that proof of vaccination should not be a requirement for purposes of international travel.”

The IHR committee is due to meet again on April 15 and Ryan said: “The recommendation will be put under consideration.”

Separately, a US government official said US travellers would not be required to carry ‘vaccine passports’.

White House press secretary Jen Psaki told reporters: “The government is not now, nor will it be, supporting a system that requires Americans to carry a credential.