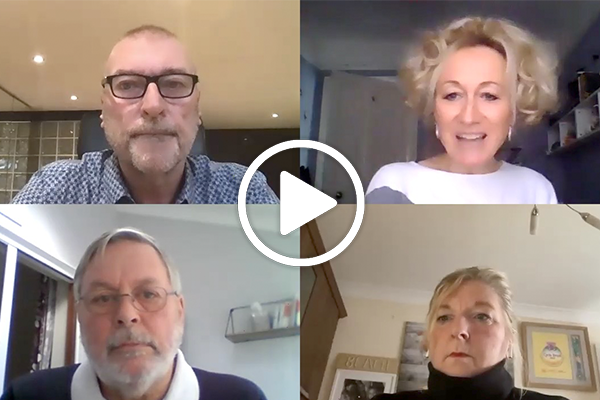 Travel agents are focussing their efforts on bookings further in the future as customers continue to put of Easter and summer 2021 bookings until the government gives more certainty on travel restrictions.

Prime minister Boris Johnson is due to give an update on the UK’s ‘roadmap’ out of lockdown on February 22, but transport secretary Grant Shapps indicated last week that it would not include details on the future of outbound travel.

Agents on a Travel Weekly webcast said clients were happy to book for dates in the future as they are more confident they won’t have to cancel or amend – and said the future bookings were keeping their spirits up.

More:Customers ‘want sun’ and will book as soon as restrictions lifted

David Walker, of The Travel Snob, said he was “pleasantly surprised” with January and February sales, but noted a focus on future bookings when travellers are more confident of restrictions being relaxed.

While he said bookings were “not as good as previous” peaks, he reported they had “gone extremely well” in the circumstances, due to a “much higher value”.

But he said he was not making bookings for this Easter or summer, with the exception of clients who were already overseas, and had sold cruises as far out as 2023.

Sue Welsh, of Ace Travel 2, said bookings were “not as good as we all wanted” so far this peaks, and has also focussed on 2022 sales.

“It’s trying to be positive to say, ‘why don’t you try and book for next year’,” she said. “It’s getting that confidence in people to say ‘we will come out of this’.

Welsh said she was not marketing at the same levels as last year, but was trying to keep in contact with customers, adding: “If you believe we’re going to come out of this, then people will book with you.”

Walker said he has also remained positive. He added: “I don’t think anyone thinks we’re going to be in this situation this time next year.”

He said his customers were keen to rebook because of how he had handled the refund situation last year, and not only were booking for far in the future but have said they would do for this year as soon as clarity is given. “They all want to go away this year,” he added. “It’s just about waiting.

“I’m quite happy to do that because then we don’t go through the process of the rebook and the refund.”

Lee Harrison, of Malvern World Travel, said the agency was “getting enquiries” but warned the trade should be “realistic” and await government guidance on the roadmap out of lockdown.

He noted “people’s confidence to travel for past October and into next year” and said it was important “to be looking very properly at the terms and conditions of operators” and insurance companies to ensure they cover cancellations if government advisories change.

Harrison said “only certain types” of Covid travel insurance cover travel against Foreign Office advice, with some that can only be booked within three months of travel, which he said was “prohibitive”.

And he said some customers had “pulled apart” tour operator and cruise line conditions and said agents need “more clarity” from operators.

But Walker said “a lot of suppliers have upped their ante” in terms of cancellations.

“Everything we’re booking is on a deposit,” he said. “Yes, it’s a risk [but] as long as they can see that they’ve got the option to cancel beforehand, then it’s a lot less of a risk.”

He added: “When you see what you’ve got in the future, that’s a massive hope. You know, everything is going to be okay, so it’s worth doing it.

“I have a very long list of people ready to travel, when they can and when we know where we can. So I know that is almost instant money. If they go in March, we get paid in April.”

Welsh added: “I know I’ve got money coming in eventually. I’m hoping all this pipeline busines I’ve got will keep me going until next year, so I’m being positive and not going to give up yet.”