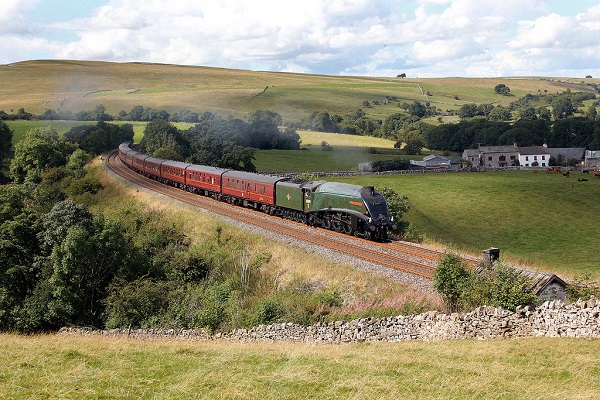 Just Go! Holidays and National Holidays have boosted capacity with two extra festive breaks in the UK on the back of high demand for this winter.

Just Go! Holidays reported bookings for November and December are already 66% up against the same period last year.

The operator has put ‘Christmas Carols on the Union of South Africa Steam Train’ on the East Lancashire Railway (pictured) on sale, while both brands have put the new ‘Thursford Christmas Spectacular’ break on sale.

The brands, part of The JG Travel Group, say availability on existing tours is running out fast and has prompted the decision to add extra capacity.

Matthew Herbert, sales and yield director, said: “Having missed out on festive celebrations last year, it is clear that many customers are keen to book experiences for this Christmas to enjoy with their loved ones.

“We’ve worked hard to keep adding capacity or introduce similar products so that agents can continue selling. Promoting festive breaks now is essential, because if agents wait, customers could very likely be disappointed.”

Just Go! Holidays has already put on a second date for its Carols on the 92 Squadron’ break , which includes a festive journey on a steam locomotive complete with brass band, carols and mulled wine plus a visit from Santa, after the first almost sold out.

The brand’s new Christmas Carols on the Union of South Africa Steam Train starts at £139 for two days and features a steam train journey including mulled wine, mince pies, brass band, carol singers plus a visit and gift from Santa. The price includes return coach travel, one night’s bed and breakfast accommodation, the festive steam train journey, a visit to Manchester’s Christmas Markets and the Bury Market. It departs on December 9, 2021, from selected pick up points around the UK.

National Holidays tripled capacity in February for its family-focused Polar Express breaks but said availability was now limited. Herbert said: “We still have some places available, but we don’t expect them to be around for long.”

The new Thursford Christmas Spectacular break is being offered as two, four or five days, including  tickets to the musical celebration of the festive season, with an eclectic fusion of traditional carols and chart-topping songs by a cast of more than 120 professional singers, dancers and musicians.

A four-day break starts at £269, including return coach travel, three nights bed and breakfast accommodation, a ticket to the event and a trip to Norwich. Departures are between November 8 and December 10 from selected pick up points in the North West, North East, Yorkshire and Midlands.

National Holidays has also added extra dates between July and December for its two-day coach breaks to Warner Bros Studio Tour London – The Making of Harry Potter in Watford.

The breaks cost from £159 based on two sharing and include a night’s B&B, admission, excursion to London and return coach travel from multiple pick-up points.