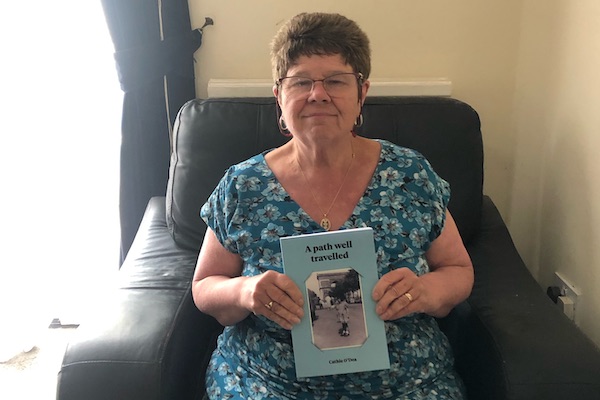 The Notting Hill-based former Travel Counsellor left the industry in September 2020 and focused on writing about her 48 years as an agent.

She also launched a handicraft venture called The Baubleist, making and selling personalised baubles and other gifts.

Now her book is available on Amazon as a paperback or Kindle edition, and she estimates she has already sold 70 copies.

She said: “The paperback is selling better than the Kindle version, and I have sold a few overseas as well, which was an amazing feeling.

“It feels very weird signing my own book. I feel like an imposter.

“If I can do this, anybody can and hope it inspires others to do so. I would be happy to help anybody else wishing to do so.”

She said all the feedback she has received so far has been “extremely positive and encouraging”.

“It is more of a book that you can just pick up and read the bits you want to,” she added.

“I appreciate that different parts will interest every reader differently.

“It isn’t a novel, so you don’t have to read it from cover to cover. It isn’t even written chronologically as it read better geographically so I switched a lot of it around.”

Her first job was in 1972, working for Kenning Travel, a sideline of the car hire company.

O’Dea also worked for Pickfords, American Express, British Airways, Thomas Cook and finally Travel Counsellors, and her career took her to destinations such as the Caribbean, Australia, India, US, Far East and Indian Ocean.

She has written a blog about the experience of writing her memoirs and the practicalities of self-publishing, commenting: “Losing my career due to Brexit and Covid-19 was devastating but it also made me realise that I had other forgotten skills lurking in the background.

“It has been frustrating at times and there were times I felt like giving up, but if there is one thing I have learnt from being in the travel industry, there is always a work-around and a solution.

“Being a travel consultant requires a lot of patience and that was definitely what I needed to write the book.”