Norwegian Cruise Line will invite British travel agents to be among the first to experience its newest cruise ship in summer 2022.

The cruise line announced on Monday that Norwegian Prima will be the first of six vessels in a new category called Prima Class.

Speaking on a Travel Weekly webcast, Eamonn Ferrin, vice-president and managing director for the UK, Ireland, Middle East and Africa, said the ship will sail a series of inaugural cruises in summer 2022 before a season of northern Europe itineraries from Amsterdam.

Prima will then head across the Atlantic for sailings from Miami, Port Canaveral and New York before cruising back to Europe in 2023 for summer itineraries from Southampton and Reykjavik, Iceland.

Commenting on the inaugural sailings, Harry Sommer, NCL president and chief executive, said: “One of the first places we go to is Southampton, to invite all of our best travel agency partners onboard. Eamonn has 1,500 people that he can invite.”

Sommer also said NCL is working with the port of Southampton to build a new pier for the cruise line.

Norwegian Prima will be slightly smaller than the preceding class of ships, Breakaway, but have fewer passengers, with a capacity of 3,215 compared to about 4,000.

“Fewer guests and almost the same amount of space means we are really able to provide guests with more wide, open spaces and more experiences, more places to be and have a wonderful vacation,” said Sommer.

He said the cruise line started designing the ship two-three years ago, well before the pandemic. 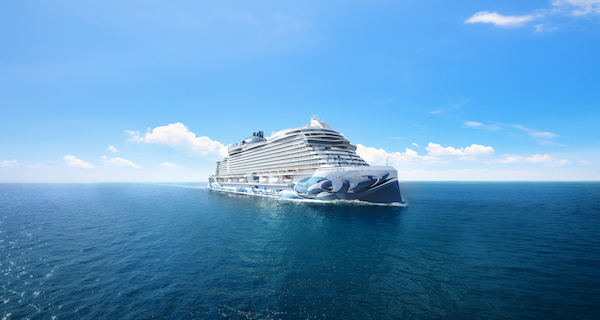 “We hope Covid is short-lived, but the concept of being on a ship and being outdoors has been extended with Prima,” he said.

“We believe this is the future of ship design.

He said the innovative design enabled Ocean Boulevard to encircle deck eight, allowing guests to walk outdoors around the whole ship, and dine at the open-air Indulge Food Hall, which has 11 different dining options plus three mainstay restaurants.

NCL is spending more than $1 million on sculptures for Ocean Boulevard (pictured below) and the ship features hull artwork by Italian graffiti artist Manuel Di Rita, known commonly as Peeta. 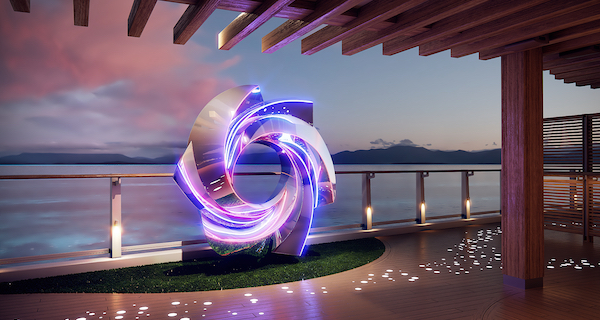 Ferrin said the spacious concept meant all the cabins will be larger, as well as The Haven suite complex (pictured below), described as a ‘ship within a ship’ at the rear of Prima, on decks 10-17.

Sommer said it is “by far” the largest Haven in the fleet and has been expanded due to customer demand for luxury, privacy and high levels of service.

He added passengers book the ship from the top cabins downwards. 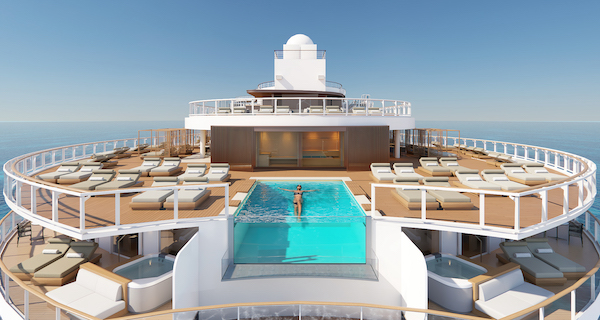 Commenting on the resumption of sailing in 2021, he said that NCL had chosen to restart in the Greek islands in July – rather than round trips of the UK – because Greece is the most popular destination for customers in Europe.

The first two sailings are sold out and others are going well too, he told the webcast.

“The European ships are selling better than the Caribbean ships,” he added.

“There is clearly pent-up demand for a high-end vacation.”

Ferrin said the volume of sales for 2022-23 was “phenomenal” and customers are trading up to suites and longer durations.

NCL has no plans for UK summer sailings