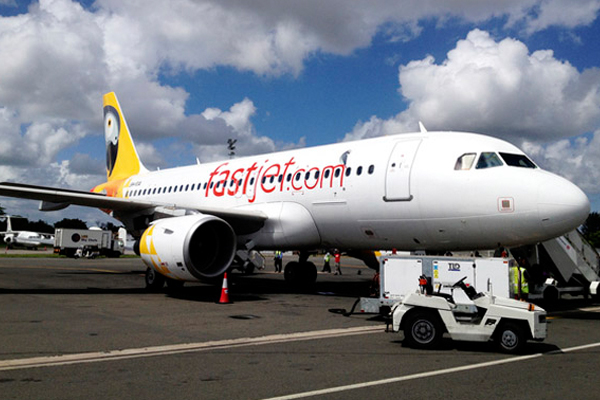 Sir Stelios established the Fastjet brand in 2012 and founded easyJet in 1995.

He is to remain a shareholder in the Johnnesburg-based carrier, which hopes to break even by the end of the year.

The agreement was today described by Fastjet as representing “a major step forward” as the carrier continues with its stabilisation efforts under new management.

Sir Stelios said: “Fastjet is a great brand in all its African markets, making it a highly valuable asset for the company.

“I have accepted the view of the current board that the company should own its own brand rather than licence it from me.

“I feel we have agreed a fair price for its transfer – $2.5 million – which is less than what the company would have had to pay over the next five years.

“I still hold shares worth about £1.3 million in the company and as such I will be a supportive shareholder, hoping to realise significant upside potential as Fastjet grows and prospers.

“From the decisive actions thus far taken by the new management and board, and early indicative outcomes, I am encouraged that Fastjet’s direction of travel is now on the right course.”

Nico Bezuidenhout, who was appointed chief executive of Fastjet last year, said: “Brand development is an integral part of building a successful consumer facing business and represents a substantial investment for any airline – it logically follows that your brand, an asset to be leveraged for the benefit of shareholders, should be under your full control and ownership.

“We are happy to have reached agreement with Sir Stelios and appreciate the ongoing confidence he has expressed in the Fastjet business and leadership team.”

The airline today reported making “steady progress” in implementing stabilisation efforts, a new fleet, relocation of its headquarters from London to Johannesburg and a “right-sizing” of its operations in Zimbabwe and Tanzania.

“These steps are having the desired effect and accordingly Fastjet aims to achieve a cashflow break-even position for the final quarter of 2017,” the airline said in a trading update.

The company aims to leverage its relationship with investor Solenta Aviation Holdings, which operates in a number of African countries.

This includes “evaluating expansion options to further geographies” with further announcements to be made in due course.