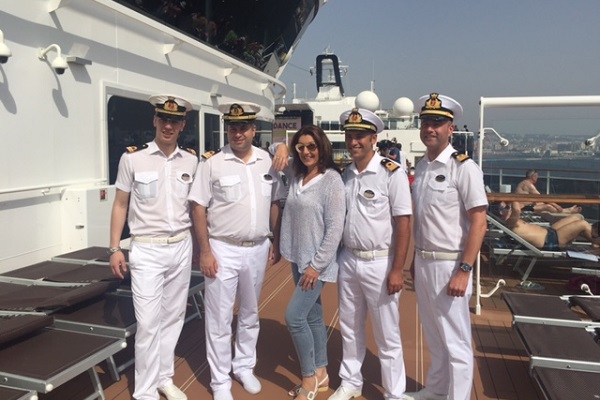 MSC Cruises saw its website’s traffic spike to three times the norm on the night Cruising With Jane McDonald featured one of the line’s ships.

Cruising With Jane McDonald recently returned to the screen for its second series on Channel 5.

The Yorkshire star was on board MSC’s Meraviglia on a Mediterranean cruise taking in Barcelona, Marseille and Genoa.

Cruise lines said her first series had a huge impact on the interest in cruising, with Uniworld reporting a surge of almost 1,000 enquiries and 40,000 web hits after appearing on the show.

Antonio Paradiso, managing director of MSC Cruises for the UK & Ireland said: “We were delighted to feature in series two of Cruising with Jane McDonald and we are so pleased with the overwhelmingly positive response from both consumers and trade on the MSC Cruises episode.

“The response on social media was great with so many people stating how the episode had broken-down stereotypes about the industry and showed cruising to be an accessible and fun holiday for people of all ages.

“We saw a real increase in traffic to the website which received three times the amount of visitors than is usual for a Friday evening. This was supported by additional enquiries to our contact centre and an uplift in bookings through our trade partners.

“Jane is a great ambassador for cruising and we were so pleased that she travelled with us on board our flagship MSC Meraviglia guiding the British public around the beautiful destinations of the Mediterranean. We hope that the success of series two will lead to further series of the show and we look forward to seeing more shows of this nature, that bring to life all that cruising has to offer in such a fun and engaging way.”