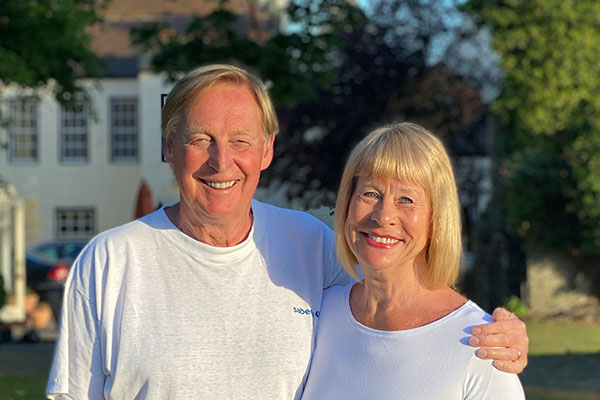 Hays Travel chair Irene Hays has been awarded a damehood in the New Year Honours List.

Hays, who was awarded a CBE in 2008, received the damehood “for services to training, to education and to young people”.

She dedicated the award to Hays Travel’s apprentices, referring to a long-standing investment in young people alongside her husband and the agency’s founder John Hays, who died suddenly in November.

Hays has championed apprenticeships since supporting trainees on the youth opportunities programmes of the 1980s in senior roles in local and national government, and alongside John Hays launched the Hays Travel Foundation which has so far invested more than £1 million to support young people.

Speaking to Travel Weekly, Hays said: “Firstly, I was overwhelmed. Secondly, I thought ‘Oh John would be thrilled’. So it’s bittersweet.”

She added: “Since 1978, through the Youth Opportunities Programme (YOP), which then became the Youth Training Scheme (YTS) in the 1980s, and eventually apprenticeships, I’ve supported young people with skills, apprenticeships and training.

“Because they’ve always done so well, it’s been adopted in all the businesses I’ve been involved in, including Hays Travel.”

Hays noted that, before Hays Travel acquired the Thomas Cook retail estate in 2019, 47% of the company’s senior managers had started as apprentices.

“I am absolutely passionate about apprenticeships and training for young people,” she said.

“University and college isn’t for everyone and in other countries, such as Germany, apprenticeships are celebrated as much as when you see young people jumping up and down when they get their A-Level results.

“I know my name is on this award, but this is a celebration of all the training teams and people who have looked after apprentices in all of the businesses I’ve been involved in, including those at Hays Travel, who have helped to make them a success – and also for the apprentices themselves. All I did was facilitate it.

“Young people are the future and they have delivered consistently, which is something that makes me very proud, but they can only do it because of the training. So this is not about me, it’s about a lot of other people.”

Irene Hays added that Hays Travel had completed interviews for its January intake of apprentices at the end of November.

She said that “even though times are tough” Hays Travel would continue to invest in young people “because we believe young people have something to offer businesses”.

Born in Ashington, Northumberland, to a mining family, Hays has held senior posts in local and national government, including spells as chief executive of Sunderland City Council and South Tyneside Council.

She is also a former director general of local government and regeneration in Whitehall and held the role of permanent secretary in the department of communities and local government on an interim basis prior to her retirement.

Having served on a number of boards and governing bodies including Sport England, The Football Foundation and the Academy for Sustainable Communities, she is currently a non-executive director on the board of the department of education and chairs its education and skills funding agency.

She received a lifetime achievement award for services to business in north east England in 2019 and has an honorary doctorate from Sunderland University.