Imagine how suppliers feel, having constant ‘what if?’ calls and having to tell us what we don’t want to hear, says The Travel Snob’s David Walker, a Not Just Travel homeworker

The last few weeks have been a pantomime! I never refused to take bookings until after a certain date, but I have been cautious about who I book with and where. I’m not booking South Africa or India for August 2021, and while I’ve promoted the hell out of the Falklands there are still no takers.

I have 80 clients scheduled to travel in July and August, so I’m happy I continued to take bookings. I’m a realist and know they won’t all travel – but I’d like to think that most of them will. I had 18 go in the first 18 days of July.

“I had to buy one elderly couple a pair of smart phones and with the help of the Jet2holidays rep we managed to get them to load their negative PCR tests.”

Other than a few UK breaks and the ‘seacations’, which were a piece of cake, the rest of my bookings (mainly Balearics, Greece, and the Caribbean) have been so intense with communication and checks.

I had to buy one elderly couple a pair of smart phones (which they still have no idea how to use) and with the help of the Jet2holidays rep we managed to get them to load their negative PCR tests and UK arrival forms. I tried to ring them – but their phones are constantly off.

We’ve been faced with a constant barrage of questions as customers fill out forms (usually late at night). While some can be frustrating I’ve been replying via WhatsApp as quickly as I can. Providing hotel addresses and the format of postcodes is simple enough, and I’m happy to take any credit right now. The key is to reply calmly, even if you’re screaming inside.

Recommending particular types of face mask is more challenging. Personally, I’d buy a large bottle of water and sip it for two hours 20 minutes – but I tell people any type of surgical mask can be used.

“Let’s give suppliers a break, they don’t make the rules and most of us know the outcome before we pick up the phone.”

A good friend and I created a document with links to government websites, pre-arrival forms and Covid test providers. That was July 5. I’m now on version six.

When Bulgaria went green I had two families approach me the next day to book for mid-August. A day later I’m calling to tell them to hold fire from buying the sun tan lotion.

As agents, we get frustrated waiting for suppliers to pick up. But imagine how suppliers feel, having constant ‘what if?’ calls and having to tell us what we don’t want to hear (that if customers cancel at this point it’s standard T&Cs). So let’s give suppliers a break, they don’t make the rules and most of us know the outcome before we pick up the phone, despite calling to do the best by our clients.

Some of us pray for a schedule change or a flight cancellation so clients can get a refund. You can bet your bottom dollar that the clients who are desperate to go will be the ones affected by a cancelled flight. That’s when a plan B comes into effect. For the most part, I have a back-up, and swap them over if they can’t go on the original trip.

“It’s hard to know what the right thing to do for a client is. Some you put on standby, others you have to force to get ready.”

It’s hard to know what the right thing to do for a client is. Some you put on standby, others you have to force to get ready. Checking flight loads a week before departure gives some idea if it will go or not.

But we crack on, trying to see the bright side, still explaining to clients that we don’t have crystal balls and, if we did, we would have gone back to the jobs we did before becoming a travel agent 16 months ago. But would we? 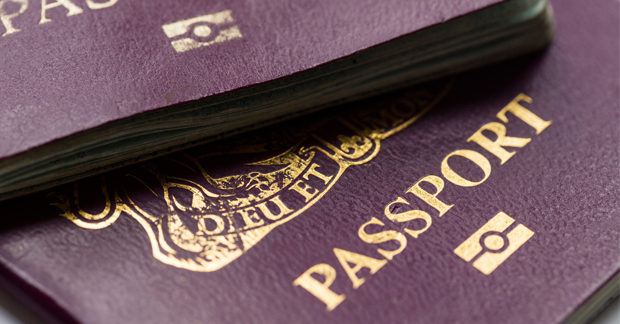 You all know that dreaded call, a week before departure, when your clients ring you to say their passports are no longer in date. Like me recently, I’m sure you’ll have gritted your teeth and not mentioned that you reminded them to check their passports are in date for the holiday at the time of booking and sent them links to emergency passport appointments, having convinced them that you can no longer nip down to the Post Office to renew as a result of the UK leaving the EU.

Brexit discussions aside, my client managed to get it sorted and, thankfully, departed on July 21. That said, the stress didn’t end there, as the last few days were spent wondering if Majorca would be added to the red list before their flight.

Jet2 carbon offset costs ‘same as a cup of coffee’