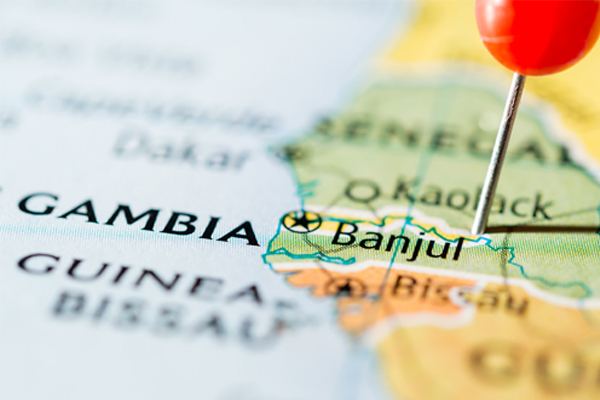 A total of 3,500 British Thomas Cook holidaymakers are expected to have been evacuated from The Gambia by tomorrow as a 90-day state of emergency was declared.

The first travellers were due to land back in the UK in the early hours of this morning (Thursday) as the Foreign and Commonwealth Office hardened its travel advice.

The FCO warned against all travel to the capital of Banjul and against al but essential travel to the rest of The Gambia amid reports of possible military intervention by neighbouring states after president Yahya Jammeh is refused to step down after 22 years ater he lost an election last month.

A further nine special flights are being laid on today and tomorrow in addition to two already planned services to bring home the operator’s remaining holidaymakers.

A special assistance team was flown out to The Gambia yesterday to help get UK travellers home “as soon as possible” and further staff will be deployed from the UK today to provide support at the airport.

Thomas Cook said: “Banjul airport has limited check-in and departure facilities compared with most UK airports and is operating with fewer local staff because of the situation.

“We would like to thank customers for their continued patience as our teams on the ground work to get everyone home as quickly as we can.

“Our reps in resort have been in constant contact with our package holiday customers in their hotels and our teams have been proactively contacting our flight-only passengers via email, phone and text to prepare for return to the UK.

“We have also set up a dedicated phone number for flight-only customers who are currently still in the Gambia and anyone there should call 0044 161 774 2966 as soon as possible to arrange their flight home.”

The Gambia Experience said it was working with the FCO and airlines to offer repatriation flights back to the UK.

Some tourists were being flown back on a Thomas Cook flight to Gatwick last night, with those originally booked to return to Birmingham and Manchester being transported onward from the London airport.

A Titan Airways flight left Banjul yesterday afternoon and was due to land at Gatwick shortly after midnight. A second flight will operate tomorrow to bring home the company’s remaining holidymakers to the UK.

“Customers booked on a package holiday are being advised to remain in their hotel and will be accommodated by us until they return to the UK,” the operator said.

“Gambia Experience flight-only customers, with a valid return ticket, are asked to contact our local resort office on (00220) 446 3867 should they wish to return to the UK on a repatriation flight.

“Our last known flight out to The Gambia will be Friday 20th January from London Gatwick. If you consider your need to travel essential, (e.g. Gambia national returning home) then we may be able to arrange a one-way fare. Please contact our reservations department on 01489 866939.”

People with bookings to The Gambia until January 31 being offered full refunds, the option to delay until government travel advice changes or alternative destinations such as Cape Verde and Goa offered by parent company Serenity Holidays.

Those with bookings to The Gambia between February 1-15 are being given the option to amend their travel dates up to 24 hours before departure or select an alternative destination.

For customers booked to travel after February 15, the operator said: “We will continue to monitor events and liaise with the FCO, we will review our amendment and cancellation policy on a rolling basis and we will contact you at the appropriate point in time, which will be no later than two weeks prior to your planned departure date.”