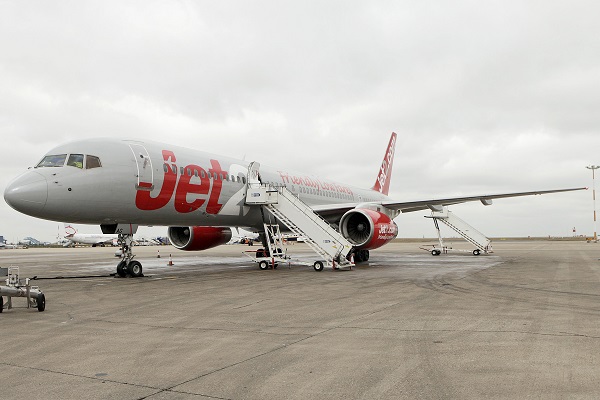 A disruptive passenger on board a Jet2.com flight from Glasgow to Ibiza last year has been fined £3,200 after causing the aircraft to divert to France.

Liam McKeown, 25, of Cumbernauld, was sentenced at Paisley Sheriff Court after pleading guilty to being drunk on an aircraft and acting in a disruptive manner on an aircraft.

Both crimes were breaches of the Air Navigation Order 2009.

The diversion resulted in a delay for customers and crew after French police had to board the aircraft in Toulouse to remove McKeown, at which point he became physically violent.

McKeown also hit out at the overhead lockers and made physical threats to the cabin crew.

In separate civil proceedings, McKeown was ordered to pay £5,200 in compensation to Jet2.com – the cost of the diversion.

The ruling is the latest in a number of successful judgments Jet2.com has been awarded by Scottish courts as the airline says it will not tolerate such behaviour. The company vowed to continue to take formal legal action to recover losses.

Phil Ward, managing director of Jet2.com, said: “This shows that there are serious consequences if you act in an aggressive fashion onboard an aircraft. Mr McKeown’s actions caused inconvenience and distress for other customers as well as our crew, and as a family-friendly airline carrying millions of holidaymakers, many of whom are families, we simply will not tolerate this on our flights.

“We hope that Mr McKeown has learned an important lesson and that the consequences of his actions send out a strong message that this behaviour will not be tolerated.”

Jet2.com’s Onboard Together initiative commits the airline to a zero tolerance stance against disruptive passenger behaviour, including banning the sale of alcohol on-board all flights before 8am (BST).

The airline has called upon airports and retailers to adopt the same approach.

Since it launched, more than 600 disruptive passengers have been refused travel and 75 of those, including Liam McKeown, have been given lifetime bans.

McKeown’s lawyer said he had written an apology to the airline.