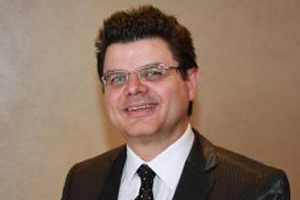 Alan Glen took a swipe at online discounters who he dubbed the “plague of the industry” in a speech at his final SPAA annual dinner as chairman of the Scottish Passenger Agents Association last night.

The chairman of the Scottish travel agents’ group, who steps down in December, warned persistent undercutting in the industry has devalued the role of travel agents.

He said: “You can’t sell travel at under cost for a prolonged period without causing some problems. The companies that operate in this way do us all a dis-service.”

And he appealed to airlines saying agents are “not the enemy”.

“But when you’re dealing with the internet you’ve often got no idea who you are dealing with or who’s ultimately providing the product or what country it’s being transacted in. And herein lies the problem.”

He likened the situation to the way banks’ overzealous lending lead to the financial collapse of 2008.

Glen added: “Because of technology, exponential growth may be possible over a short period of time.”

He criticised suppliers for seeing travel agents as a cost rather than adding value, and said the long-term benefits of a travel agent are better value for money than the cost of a good presence on the internet.

“Distribution [on the internet] is not cheap, and it’s certainly not free,” he said, adding that agents help in times of natural or geopolitical disasters.

“We as agents definitely add value,” Glen continued. “Once you get a good travel agent on board selling your product, you straight away get extra business.

“When a correct balance is struck with mutual respect it leads to harmony.”

He cited the collapse of specialist agent Cruise Control in 2005, which offered him commission for selling holidays to his database.

The company, he added, soon failed despite claims of growing from £1.5million to £150million in two years.

“There’s absolutely no customer loyalty in that business. It’s completely price led,” Glen added. “I feel it’s a huge mistake on so many levels, it’s the plague of the travel industry.”

Glen said his anger from being on the receiving end of the impact of discounters spurred him on to join the SPAA as a vehicle for venting his frustrations.

Glen will pass over the reins of the SPAA chairmanship to Ken McLeod in December. The annual dinner was also addressed by BBC News broadcaster Bill Turnbull and Travelport chief executive Gordon Wilson.