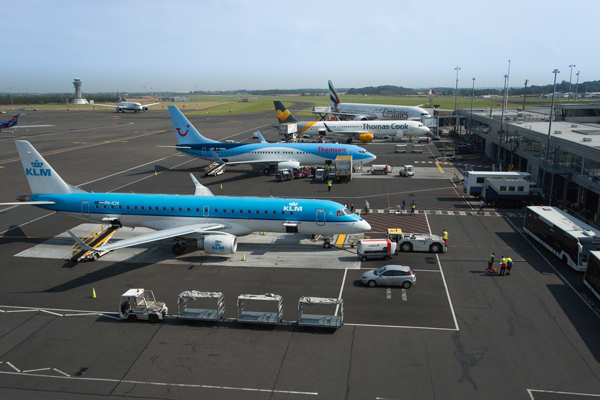 Specific measures to support English regional airports from the impact of Air Passenger Duty devolution to Scotland are urgently needed, according to Newcastle airport.

The north-east’s largest airport is urging the government to honour previous commitments that could help safeguard the region’s economy.

It follows former prime minister David Cameron making it it clear in 2015 that the government would not allow airports and regions to be adversely impacted by the devolution of APD.

With Scotland having now introduced its Air Departure Tax Bill as a replacement for APD and committed to reducing it from 2018, Newcastle airport maintains the view that the Westminster government should commit to matching any reductions in Scotland across the rest of the country.

Airport interim chief executive, Nick Jones, said: “The impact of changes to Air Passenger Duty in Scotland on both the airport and the north-east economy is so great that we must raise this important issue back up the government’s agenda.

“Our modelling suggests that if Scotland reduces the tax to zero then we could lose between 500,000 and 900,000 passengers per year. Our air services could also be affected and would make it difficult for the airport to grow.

“Newcastle airport is the international gateway for the north-east and this would have a great impact on the entire region.

“The airport is crucial in delivering connectivity with a number of our routes very important to the business economy, providing them access to global markets.

“We welcome the recent dialogue we have had with the government and hope this will lead to the identification of an appropriate solution during the course of 2017.”