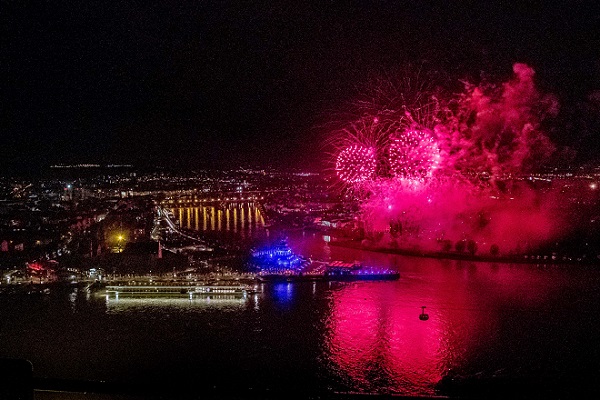 Viking River Cruises has launched two new longships, adding to its fleet of more than 60 ships.

The Viking Hild and Viking Herja were christened by their ceremonial godmothers along the Rhine and Moselle rivers in Koblenz on Tuesday March 7.

The godmother of Viking Herja is British composer and conductor, Debbie Wiseman MBE who also composed a signature piece of music for the river cruise line to mark its 20th anniversary which will be recorded at Abbey Road Studios and premiere on Classic FM Live at the Royal Albert Hall on April 18.

The Viking longships will sail past their ancestral home of Schloss Löwenstein in Kleinheubach, which was built in 1725.

Viking Hild will sail the Rhine this spring on Viking’s new Paris to the Swiss Alps itinerary, and later this year both new ships will sail Viking’s popular Danube Waltz and Rhine Getaway itineraries.

Chairman of Viking Cruises, Torstein Hagen said: “The naming of a new ship by a ceremonial godmother is a sacred maritime tradition.

“We are honoured that the godmothers of our two new Longships are also important partners who will help us deliver thoughtful and enriching experiences for Viking guests this year.”