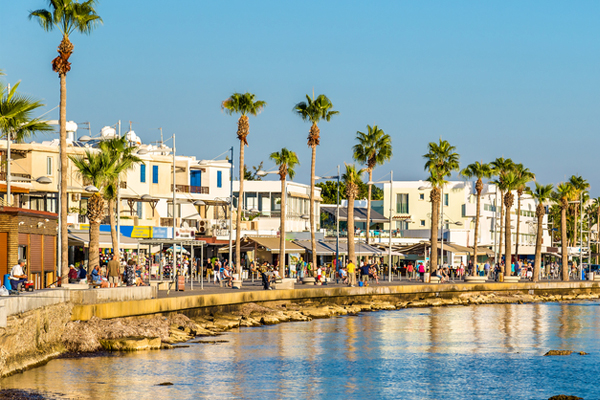 Eastern European cities are no longer the cheapest places to take a short break, a new study shows.

Paphos in Cyprus is now ranked as the most affordable, based on 12 typical city break costs – including an evening meal for two with wine, drinks, two nights’ weekend accommodation, sightseeing and city transport.

At £138, 2017’s joint Capital of Culture narrowly beats the Lithuanian capital, Vilnius, where typical tourist spend comes in at £139.48.

Reykjavik takes the dubious crown of the most expensive at almost £552, ahead of Stockholm at £456.52, according to results of the ninth annual Post Office Travel Money City Costs Barometer of 36 European cities which is published today (Saturday).

While Amsterdam has seen local prices fall marginally over the past year, the high cost of accommodation (£262 for two nights) makes it the most expensive of 21 eurozone cities surveyed. At £421, the costs total in the Dutch city break favourite is 42% higher than in Paris, its main competitor.

Paphos is one of four ‘sunshine’ cities to rival Eastern capitals as the best choices for bargain hunters.

Lower accommodation costs have helped Palma (£196) leap up to 10th most affordable from 18th place a year ago and make it the only city of the 36 surveyed to show a price fall amounting to 5%.

Lisbon (£162), western Europe’s cheapest capital city, and Athens (£191) have both retained their top 10 places for the third year running.

Vilnius in Lithuania (£139.48) offers the second overall best value and is the cheapest of six eastern European cities with places in the best value top ten.

This comes as local euro prices have fallen by 5% in the Latvian capital while accommodation – £54 for two nights – is cheaper than in any other city surveyed, according to the research.

But prices in the third Baltic capital, Tallinn (£209), have risen 27% year-on-year, making the overall cost for UK visitors 50% higher than in Vilnius.

Andrew Brown, of Post Office Travel Money, said: “This is the first time since we started surveying tourist costs in European cities eight years ago that we have seen so many western capitals provide the low prices usually associated with Prague, Budapest and other Eastern European cities.

“City breaks have emerged as the most popular type of holiday for UK tourists in the past three years and, with ongoing uncertainty about sterling, there is good reason for people planning trips to do their homework carefully and check where the pound will give them more for their money.

“This year the sunshine cities that have made it into our top ten look great value, with the promise of a sunny climate as well as low prices.”

He added: “It is important for holidaymakers considering a city break to budget carefully for items like meals, drinks and sightseeing as these are costs that most tourists cannot avoid.”