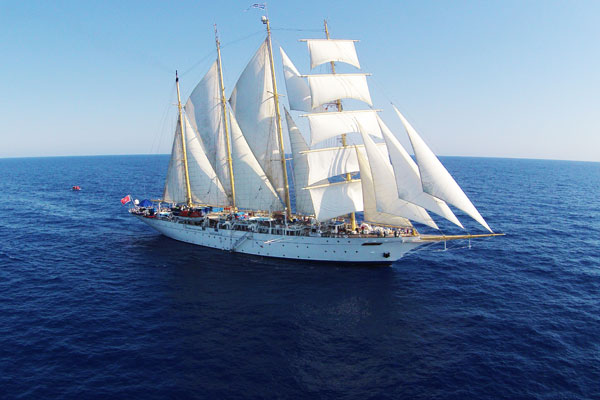 Jane Archer finds the wind in her sails on a Star Clippers cruise in Thailand.

Don’t take pictures now; wait for the square rig sails to see her in all her glory… now!”

‘She’ is Star Clipper, a tall ship owned by Star Clippers that is cruising in Thailand this winter. Peter, the one advising when to take pictures, is the ship’s cruise director and a walking encyclopaedia on everything from hoisting the vessel’s sails to the lives of the sea gypsies who live in the Andaman Sea where we were sailing.

Each morning of the cruise involved a briefing on our location and the day’s activities; come evening we’d have talks about everything from 15th-century explorer Ferdinand Magellan to the history of the clipper ship. At one point, he got everyone helping to hoist the sails, and even hosted a fun quiz evening.

One day he took a few of us around Phang Nga Bay in a Zodiac so we could see Star Clipper as it should be seen, with its 36,000 square feet of canvas billowing in the breeze. 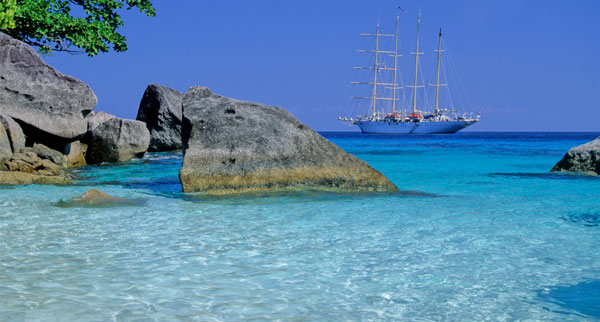 It was a beautiful sight that Peter made sure we saw from all angles, including head-on and as it sailed out from behind the limestone karsts, or rocks, that dot the bay, which is like a less well-known version of Halong Bay in Vietnam.

The ship shots over, he took us for a close-up peek into caves inside the rocks in which intrepid locals live for two months each year, risking life and limb to collect swifts’ bird nests, which are considered such a dining delicacy in China that just 1kg is worth $2,000 or more. 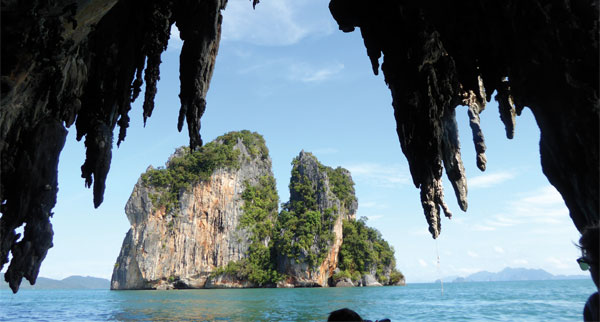 The Zodiac trip in Phang Nga Bay comes on the last day of Star Clippers’ new seven-night cruises around the west coast of Thailand from Patong Bay in Phuket, and was definitely the highlight of the trip for me.

There are two itineraries on offer. Mine was the northern route and visited five small Thai islands and the Malaysian island of Langkawi. The southern itinerary also visits five Thai islands (three of them are the same ones we visited, plus Phang Nga Bay), but swaps Langkawi for a day in Penang, also in Malaysia. There are a handful of cruises between Phuket and Singapore that also call at the Malaysian port of Malacca. 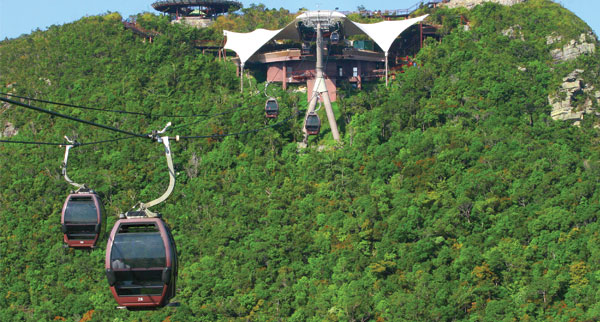 The Thai islands were all beach stops and while not quite Robinson Crusoe territory (most are visited by tourists on day trips from the mainland, so you are never really alone), this is not a cruise for the timid or those with mobility issues.

The only way to get on and off Star Clipper, apart from in Langkawi and Penang, is by tender or Zodiac. And the only way to reach them is via a shaky ladder on the side of the ship. To get to the beaches, we had to climb down from the tender into the sea; to get back on board we had to wade out to the tender and climb back up. 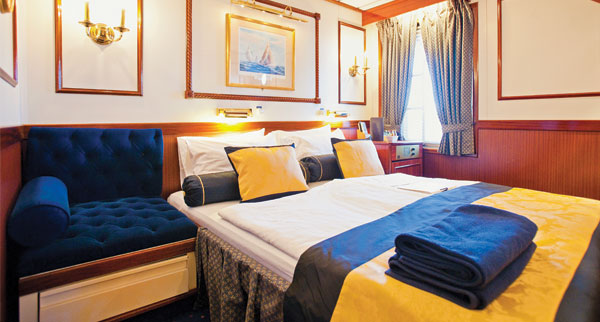 This is also not a cruise for clients who like big modern ships with swanky balcony suites and multiple places to eat, drink and be entertained. Star Clipper accommodates just 170 passengers in small cabins that mostly only have portholes, there is just one restaurant and bar, and the entertainment comes down to Charly on the keyboard, although as well as the aforementioned quiz there was a crew talent show one evening and Thai dancers another.

I was content to bask on the sand and cool off in the sea, but others went sailing, kayaking and snorkelling (these activities are organised by the ship’s sports team and are free), and also scuba diving, which costs from $50 for Padi-certified divers. 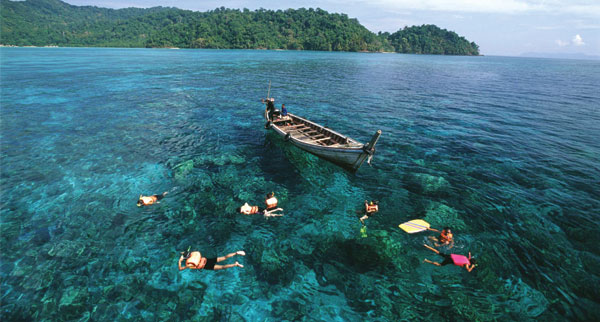 All the islands had soft sand, a couple had short walking trails through the jungle and at Ko Kradan (Ko is Thai for island), the crew added to the fun-in-the-sun experience by setting up a beach barbecue.

This is not the first time Star Clippers has sailed in Asia, but it pulled out of the region in 2010 because of the danger of getting its sailing ships to and from the region while pirates were active in the Gulf of Aden. That danger is deemed to have passed, but the cruise line has got around any future pirate problem by basing Star Clipper full-time in Asia. 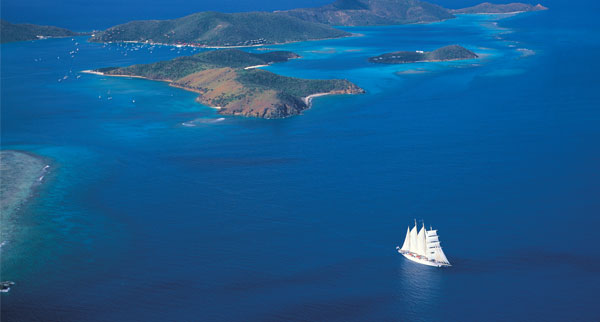 It will be sailing from Patong Bay until May, when it goes to Bali for Star Clippers’ first season of Indonesia cruises. A one-week Eastbound itinerary visits the islands of Komodo and Lombok. A Westbound cruise calls at Lombok and Java. In October, Star Clippers returns to Phuket for the 2017/18 winter season.

Lazing on the beaches was lovely, but it was nice to break up the sun, sea and sand with a day trip around Langkawi, an island about 60 minutes by ferry from the Malaysian mainland.

The tour, priced €90 per person for seven hours including lunch, visited a rubber plantation for a quick lesson in how to tap rubber trees, and Kilim Nature Park, where a boat ride through the mangrove swamps took us to a clearing to watch Brahminy Kites, the symbol of Langkawi, circling and swooping for their lunch.

The trip also included a cable car ride over the rainforest to the top of Gunung Machinchang, a mountain peak some 700 metres above sea level. This is one of the steepest cable cars in the world and challenging for those who suffer from vertigo, but on a clear day (which it wasn’t when I was there) the views from the top are fabulous. 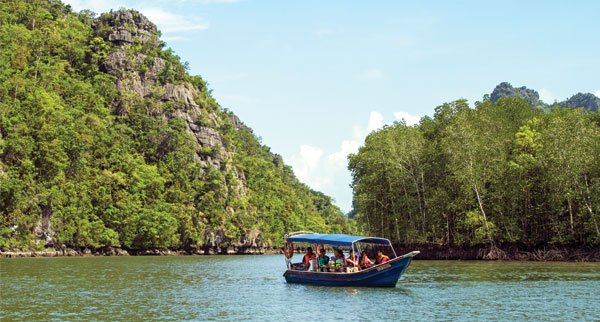 The tour is one of only two excursions that Star Clippers offers on this cruise. The other was a five-hour speedboat ride from Phang Nga Bay to James Bond Island, one of the locations for the movie The Man with the Golden Gun, priced at €99 per person including lunch.