Nikki Bayley finds herself won over by Winnipeg.

Manitoba’s tourism slogan is ‘Canada’s heart beats’ – and nowhere does it beat more passionately than in its capital, Winnipeg.

One of Canada’s most under-the-radar cool cities, there’s a whole heap more to the ’Peg – as locals call it – than ice-cold winters. One of the prairie provinces, Manitoba boasts seemingly endless flatlands and jaw-dropping ‘big sky’ sunrises and sunsets. Canadians have a reputation for being polite, but ’Peggers take that to a new level of friendly chattiness, and visitors will be easily charmed by their genuine warm welcome.

With direct Westjet flights from Gatwick throughout the summer (June 19 to August 27) and easy connections from other cities with various carriers throughout the year, it’s well worth looking at Winnipeg for a slice of Canadian prairie hospitality. 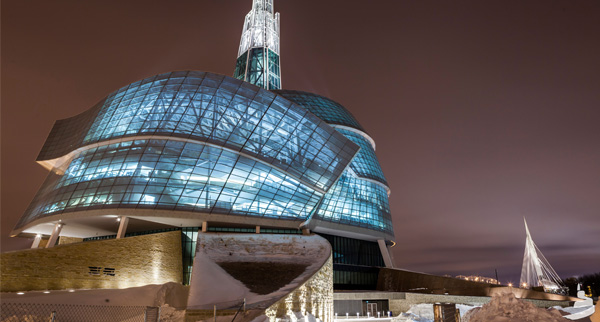 Winnipeg punches well above its weight when it comes to culture and the arts, and has plenty of unique museums and galleries for guests to visit. The Canadian Museum of Human Rights, housed in an extraordinary avant-garde building designed by Antoine Predock, takes visitors through vast high-ceilinged spaces and along glowing alabaster ramps on an often emotionally challenging journey exploring the concept of human rights and how they have often been denied to members of society. Fascinating, moving and incredibly thought provoking, a tour is the best way to experience the museum.

The Manitoba Museum delves deep into the history and science of the province. It has a fascinating link to the UK, as one of its galleries houses a replica of the Nonsuch, a 17th-century ship that made the Hudson’s Bay Company’s first voyage from England to what would become Canada. The replica was built in 1970 and towed across the Atlantic to celebrate the 300th anniversary of the Hudson’s Bay Company. The gallery where it now resides was built around the ship to re-create Deptford Dockyard in the 1600s. 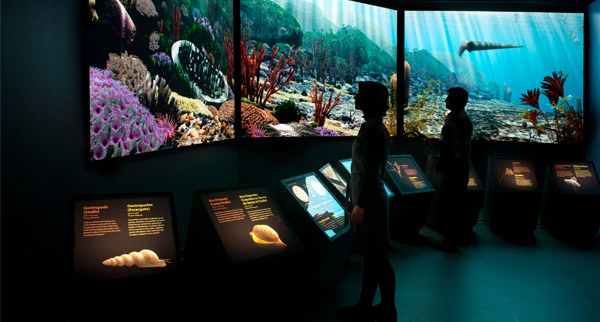 Another must-see is Canada’s oldest civic art gallery, the WAG, which has the world’s largest collection of contemporary Inuit art, along with gems from Canada’s ‘Group of Seven’.

The natural world is the focus for the Assiniboine Park Zoo, which is home to about 200 species of animal. It also features special viewing areas such as the award-winning Journey to Churchill exhibit, which is perfect for guests who aren’t making a trip up north, as it will introduce them to polar bears, muskoxen, Arctic foxes and wolves.

For something more relaxing, Thermëa is a large, outdoor Nordic-style spa set among peaceful parkland, offering heated pools, saunas, relaxation areas, steam rooms and icy plunge pools. Guests can enjoy wine, cheese and charcuterie as they lounge in their robes. 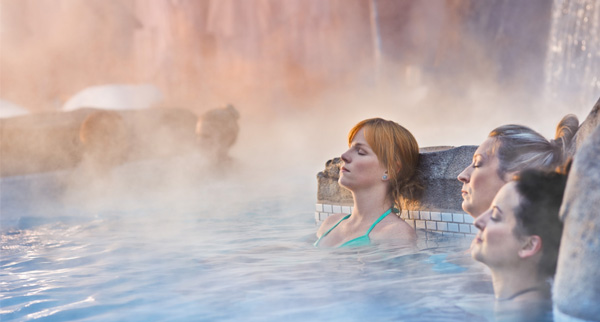 The Forks has been renovated to a must-visit public space that is home to a large market packed with bakeries, gift stores and restaurants. It’s also where you’ll find the Canadian Museum for Human Rights, the Children’s Museum and Railway Museum, as well as numerous other fun attractions. The area hosts dozens of festivals and events year-round, from the joyful winter celebrations when visitors can skate on the frozen river to free music events in summer.

When it comes to dining, clients will be spoiled for choice. Recommend the First Nations-inspired Feast Cafe Bistro, where they can tuck into treats such as bannock-base pizza and local specialities such as pickerel (a tasty white fish) tacos. For brunch delights such as piled-high fried chicken on toast try Clementine, or for sophisticated Spanish tapas give Segovia a whirl. Head to Peasant Cookery for happy-hour oysters and craft cocktails using house-made syrups, or Roost in the funky Corydon neighbourhood to sip cocktails on its summer patio. 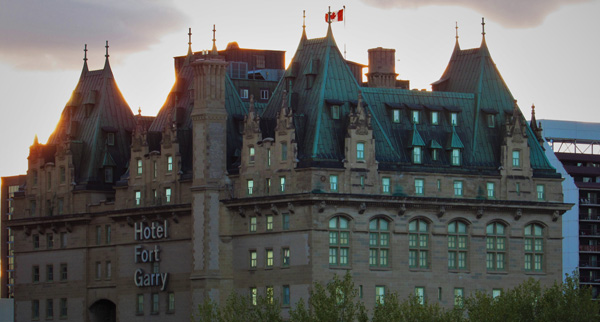 Winnipeg offers up an impressive range of accommodation at all price points, from reliable big names such as the Fairmont and Marriott to modern independents. For easy access to the airport for those early-morning or late-night flights, try the Grand, a spacious modern hotel a minute’s walk from the terminal. Rooms are large and bright with cosy beds and Keurig coffee machines, the staff are friendly and helpful, offering a luggage storage service while clients head off on adventures up north, and the on-site Blue Marble restaurant serves up sustainable local produce.

Soak up some of the city’s history at Fort Garry Hotel, a ‘chateau-style’ grande dame built by the Grand Trunk Pacific Railroad in 1913. All shining marble lobby, sweeping staircases and gleaming golden lift doors, rooms are pleasingly old-fashioned, and guests can call down for complimentary morning tea or coffee and biscuits. Make time for tea in the Palm Lounge and order up a side of the superb organic sourdough bread, which is baked fresh daily. 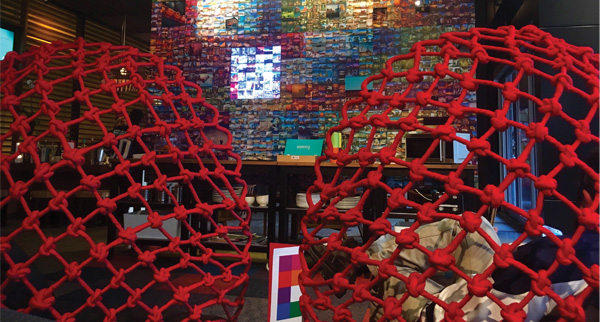 Winnipeg’s funkier side comes out at the Alt Hotel, which is in the city’s entertainment district, a puck’s throw from the stadium of ice hockey team the Winnipeg Jets. The Alt favours a stripped-down contemporary style of exposed concrete, geothermal heating and floor-to-ceiling windows, all the better for looking out over that wonderfully endless prairie beyond the city lights. The lobby boasts groovy red macramé egg-like chairs, hipster snacks (kale smoothie, anyone?) and a good range of by-the-glass wines and beers.

In a country that’s celebrating its 150th anniversary, Winnipeg offers a wealth of indigenous history and a fascinating place at the heart of Canadian heritage. The city’s history is tied closely with the fur trade, and at its centre is the Forks, at the intersection of the Red and Assiniboine rivers, which has been a meeting place for thousands of years and is now at the core of Winnipeg’s cultural scene. 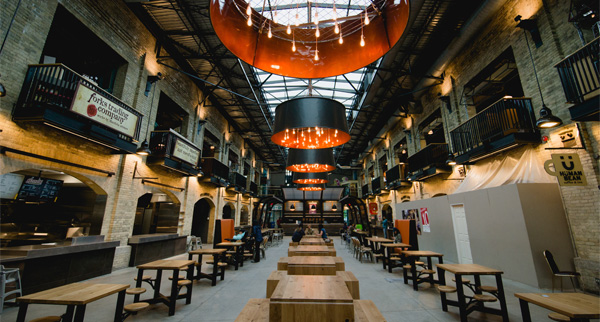 European settlers arrived in the 1700s – first the French, then the English – and the city offers plenty of chances to explore the past. Visitors can also appreciate the city’s French-Canadian side, across the beautiful Provencher Bridge in St Boniface, where the excellent Fort Gibraltar National Historic Site is based. It’s a terrific re-creation of the Hudson’s Bay Company stone fort, complete with costumed interpretive staff who tell the stories of the days of fur trading and the hardy French voyageurs, along with the local First Nations and Métis peoples.

Just over 10% of Winnipeg’s population is First Nations, which means visitors will have a chance to understand and explore the rich indigenous culture, and visit galleries, restaurants and other gems with a First Nations, Métis or Inuit focus. Along with all this multi-layered culture lies a thriving culinary scene with artisan coffee roasters, craft cocktail bars and farm-to-table restaurants. 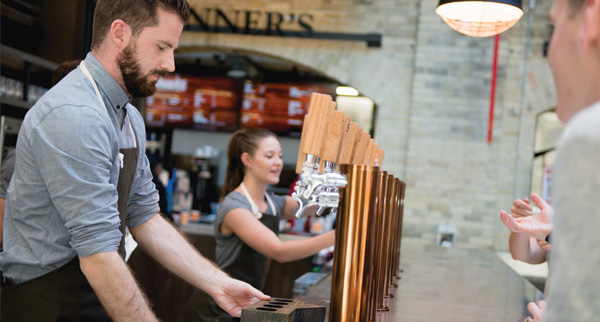 Winnipeg makes an excellent stop-off for a few days for clients who have booked to see polar bears in Churchill, or as a stop-off en route across the country on Via Rail’s The Canadian train. With the friendly feel of a small town, but the amenities, cultural highlights and culinary scene of a city, Winnipeg has a lot to offer clients who are keen to explore more of Canada.

Win a spot on Canada megafam

Are you on top of all things Ontario, up to speed with Alberta and know what’s new in Newfoundland? Take the revamped Canada Specialist online training course – now mobile-friendly, and complete with updated content including a new module about adventure holidays – and you could win one of 60 places on the Destination Canada megafam, which takes place this autumn.

There will be 11 itineraries encompassing British Columbia, Alberta, Manitoba, Ontario, Prince Edward Island and New Brunswick, Nova Scotia, Newfoundland, Northwest Territories and the Yukon. They will all end in Toronto for a celebration of Canada’s 150th birthday. The fam will take place from September 30 to October 7.

For your chance to win a spot on the fam, complete the updated training course by June 30 (even if you have taken the previous course) and register at comp.travelweekly.co.uk/destinationcanada